The Church of Sweden — to which 2/3 of the country’s population belongs, making it the world’s largest Lutheran Church — has elected its first female bishop, Antje Jackelen.

Jackelen, who is married to a priest and has two children, says the Church has female priests for over 50 years, so her appointment did not come as a shock.

Survey results published by the Public Religion Research Institute show that 71% of Americans agree that women should be eligible for ordination as clergy with no special requirements, while 20% disagree.

Does Russia have a breast-feeding cult?

The term ‘cult’ is ambiguous to say the least. It means different things to different people, and indeed the word has different definitions depending on the context in which it is used.

A ‘cult film’ is not quite as worrisome as a ‘suicide cult.’

In Russian law there is no clear definition of the term, which is surprising given the fact that the country is home to many religious cults and sects. (Incidentally, the term ‘sect‘ is just as ambiguous, in part because many countries use ‘sect’ instead of — or interchangeably — with ‘cult’). 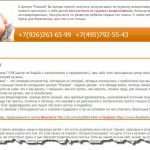 Comes now a surprising story from Russia, as related in TIME magazine: On Friday, October 18 Russian police announced the arrest of an alleged cult leader.

The only problem was the supposed cult turned out to be a pre-natal center, and its director, Zhanna Tsaregradskaya, had never claimed to have any occult powers. She merely taught seminars on breast-feeding and natural births.

According to the statement released on Friday by Russia’s counter-extremism police, the Rozhana Center, which was founded in 1989 to help re-introduce home births in Russia, was actually “a sect with a strict hierarchical structure.”

There was a time when cult apologists would have had a field day with a story like that, but they’ve largely disappeared from the limelight.

Anyway, police investigators say in an official statement that the center teaches its followers (said to number just 14 people) to ‘reject the family as a social institution, to act negatively toward their spouses (men), to refuse medical help, education, work and military service’.

The statement also says the center uses ‘physical and psychological violence‘ to maintain control over its followers, teaching them disobedience towards the norms of society.

If convicted Tsaregradskaya, who has been released pending her trial, faces up to 7 years in prison.

A spokesperson at the center denies that it used violence or brainwashing.

Many people in England are so illiterate with regard to religion that they would be baffled by the Monty Python film Life of Brian — because it would not understand the Biblical references.

So says Aaqil Ahmed, head of religion for the BBC.

According to The Independent, Ahmed, himself a Muslim,

also claimed that a key reason that Islam is not the subject of more humorous discussion is that the life of the Prophet Muhammad is poorly understood by large sections of the British public. “How can anybody tell a joke about Muhammad when they don’t even know how to spell his name, let alone anything about his life?

Or, perhaps, people are afraid to joke about Islam due to the relatively large number of extremists who appear all too ready to behead or otherwise kill those who don’t view Islam exactly like they do. Case in point. Another case in point. 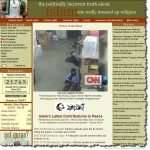 TheReligionOfPeace.com
Much of what occurs in the name of “The Religion of Peace” is not exactly a laughing matter.

Speaking of which: Facebook is allowing videos showing people being decapitated to be posted and shared on its site — as long as the do not glorify the violence being shown.

“People are sharing this video on Facebook to condemn it. If the video were being celebrated, or the actions in it encouraged, our approach would be different,” a spokeswoman said.

When it comes to alternative medicines people often defend what more often than not amounts to quackery with an almost religious fervor.

In the book, Offit documents “how even though some popular therapies are remarkably helpful due to the placebo response, many of them are ineffective, expensive, and even deadly.”

Not only that, but many alternative healing approaches also come with quite a lot of spiritual baggage — a subject addressed, from a Christian point of view, in Examining Alternative Medicine: An Inside Look at the Benefits & Risks, by medical doctor Paul Reisser, former alternative health care practitioner Dale Mabe and writer Robert Velarde. Download the book for free!