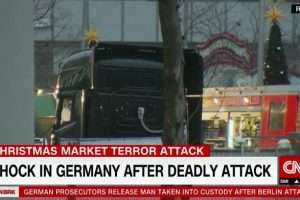 In today’s religion news briefs: Russians have arrested a top breast feeding expert, excusing her of running a ‘cult.’

The Church of Sweden elects its first female bishop. And the head of the BBC’s religion department wonders whether you get the religious references in Monty Python’s Life of Brian.

Also: the sense and nonsense of alternative medicine (and download a free book on the subject)
[Continue Reading...] 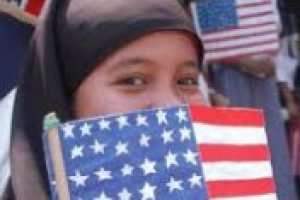 Muslim-American terrorism has declined for the third year in a row, a study concludes. Plus: Amish ask judge to keep a beard-cutting renegade Amish cult leader jailed.

The niece of Scientology cult leader David Miscavige speaks out in a new book that is sure to have the controversial ‘church’ in damage control mode.

A Danish court has found four Muslim terrorists guilty for planning a bomb attack on a newspaper for its publication of satirical cartoons of Muhammad.

At a prayer service in Denmark before their arrest, the men were heard on a surveillance tape saying “when you meet the infidels, cut their throats.”
[Continue Reading...]

In yet another Muslim attack on free speech the offices of French satirical weekly Charlie Hebdo have been destroyed by a petrol bomb — a day after it named the Prophet Mohammed as its “editor-in-chief” for this week’s issue.

The fiercely anti-clerical magazine said the move, which included renaming the publication “Sharia Hebdo”, was intended to “celebrate” the victory of Islamist party Ennhada in Tunisia’s election.
[Continue Reading...]

Christians from a local Evangelical Church Winning All (ECWA) congregation in this Plateau state town have been displaced after Muslim extremists set their church building and some homes on fire last month.

Attacks on Christians in the town go back to 2001, when the only Christian to ever become a council chairperson, identified only as Nimfel, was murdered following an outbreak of violence between Muslims and Christians in Plateau State, central Nigeria.
[Continue Reading...]

The Finsbury Park mosque in north London served as a “haven” for Islamic extremists as the capital became a central hub in the worldwide movement of Muslim militants, US documents seen by WikiLeaks showed Monday.

The files, written by senior US military commanders at Guantanamo Bay, called the Finsbury Park mosque “an attack planning and propaganda production base” and named preachers Abu Qatada and Abu Hamza as key recruiters.
[Continue Reading...]

Federal authorities are seeing an increase in the number ofÂ  foreclosed and unoccupied homes in metro Atlanta, Georgia being seized by members of a sect known as ‘Sovereign Citizens’ — a movement of right-wing anarchists who reject all government power.

Members of the Sovereign movement, which the FBI identifies as a Domestic Terrrorism Organization, are found across the USA.
[Continue Reading...]

The wife of a German convert to Islam who was convicted of plotting a thwarted attack on U.S. targets in Germany went on trial herself Friday on charges of supporting terrorist organizations.

Filiz Gelowicz, 28, is accused of supporting the Islamic Jihad Union and the German Taliban Mujahideen by helping provide euro3,000 ($4,225) to fund terrorist training camps in the Afghanistan-Pakistan border region between 2009 and 2010. She faces up to five years in prison.
[Continue Reading...]