A pastor’s lawsuit against the state of Oklahoma over its license plate can proceed, the 10th Circuit Court of Appeals in Denver has ruled.

Religion News Services says that Keith Cressman of St. Mark’s United Methodist Church in Bethany, Oklahoma, contends the license plate image of a Native American shooting an arrow into the sky to bring down rain compels him to be a “mobile billboard” for a pagan religion — and thus violates his religious liberty. 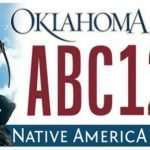 The lawsuit was thrown out by a judge, but the appeals court says the suit contains a “plausible compelled speech claim.”

The image on the license plate is a rendition of a sculpture called “Sacred Rain Arrow,” by the late Oklahoman artist Allan Houser. The artwork is based on a Native American legend in which a warrior persuaded a medicine man to bless his bow and arrows during a time of drought.

The statue is on display in the entrance circle garden of the Gilcrease Museum in Tulsa. 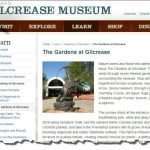 “It is depicting a young Apache warrior who was selected in a time of drought to shoot a rain arrow into the sky, into the heavens, to bring his people’s prayers to their gods so that they would get rain,” Gilcrease Museum public information officer Anne Brockman told the Tulsa World.

Note that the state of Oklahoma offers a variety of specialty license plates that do not carry the ‘Sacred Rain Arrow’ design — including an ‘In God We Trust’ plate, but Cressman objects that he would have to pay an extra fee for those plates.

If you think having Jehovah’s Witnesses ring your doorbell in order to try and sell you on their false ‘gospel’ is bad, consider the plight of some tenants in Suffern, NY.

They’re looking for new homes after their building was sold to the Watchtower Society, the religious cult’s legal entity.

The deal also could mean a loss to the village of $56,000 in annual property taxes if the new owner secures a religious tax exemption — which it is interested in, spokesman Richard Devine said.

The cult says the housing will be used by their members and workers who are helping to be their new headquarters in Warwick.

Suffern Mayor Dagan Lacort says he doesn’t like the way the tenants were treated, and he will closely monitor the situation.

There are many reasons why this movement, which theologically is a cult of Christianity, is considered by many to be a destructive cult.

Captives of a Concept: Understanding the illusionary concept that holds millions of Jehovah’s Witnesses captive by controlling how they think and act without them realizing it — written by a former member.

Free Email Subscription: Get our Religion News Headlines delivered straight to your mailbox.