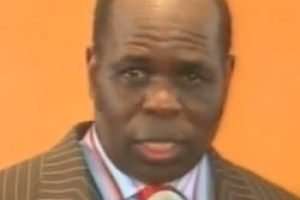 A UK pastor already facing extradition to his native Kenya to face charges of child stealing and trafficking — allegedly to provide infertile women in his church with ‘miracle babies’ — is facing more legal trouble.

Self-proclaimed archbishop Gilbert Deya has been placed in custody on charges of rape, attempted rape, and inappropriate touching.

Gilbert Deya, the self-proclaimed archbishop who claimed he could give infertile couples a “miracle baby,” has lost his fight against extradition from England to his native Kenya.

The country wants to try him on child trafficking charges.

The wife of controversial UK-based televangelist Gilbert Deya has been jailed for three years for stealing a baby at Kenyatta National Hospital in Nairobi, Kenya.

A self-styled archbishop who claimed he could give infertile couples ‘miracle babies’ is still living and working in the UK despite his extradition to Kenya being ordered three years ago.

The Home Office has said it is still considering representations from Gilbert Deya‘s solicitors that sending him to Kenya would breach his human rights.

Police are investigating allegations of serious abuse of a five-year-old victim of child trafficking while he was in the care of Haringey, the London council that failed to prevent the death of Baby P.

The boy had been snatched from his home in Africa and presented to a follower of Gilbert Deya, a self-styled archbishop who claimed to be able to cure infertility through prayer. Once the child was in the UK, the follower adopted the boy – known as Child C – as a “miracle baby“. He was seized by police and since 2003 has been passed between six different sets of carers. Deya faces extradition to Kenya, where he is wanted on child abduction charges.

A controversial pastor who claimed he could give infertile couples “miracle babies” is a step closer to extradition on child abduction charges.

Two High Court judges have refused to give Gilbert Deya permission to appeal to the House of Lords against the order to extradite him to Kenya.

Controversial pastor Gilbert Deya, who claimed he could give infertile couples “miracle babies”, has failed in a bid to avoid extradition to Kenya on child abduction charges.

Two High Court judges have rejected Gilbert Deya’s appeal against the order to extradite him.