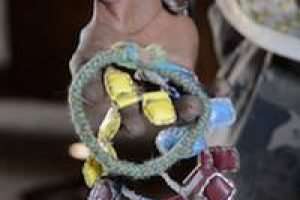 It has taken more than 30 years, but the government of Guyana has erected a memorial plaque at the site of the Jonestown cult massacre, a dark episode the South American country had long sought to downplay.

A simple, white stone plaque was unveiled with little fanfare Wednesday at the jungle clearing where more than 900 members of the cult led by the American preacher Jim Jones died in a night of mass murder and suicide on Nov. 18, 1978.
[Continue Reading...]

A man shot himself in the head Wednesday morning at the altar of the Crystal Cathedral in Garden Grove and died at the scene, police said.

Church ushers said that a middle-aged man entered the church, saying he wanted to pray. The unidentified man walked up three steps to the altar area, knelt before a gold cross and put the gun to his head, said John Charles, director of public relations for the church.
[Continue Reading...]

On her Bebo page Miss Bond, who used the online name Living Disaster and has internet friends with names like Sam Suicide, said she was obsessed with the hugely popular My Chemical Romance band, whose hit number one with their last album The Black Parade. Her mother, Heather Bond, told the court how she learned The Black Parade is “where you go when you die” as she researched the emo fad.
[Continue Reading...]