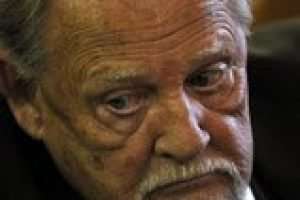 The late Ariel Ben Sherman was charged in a teen girl’s faith healing death, but he sought medical treatment for his own conditions.

Even after his death legal arguments in the case continue: still up before the appellate court to decide is whether the state’s spiritual exemption law that allows parents to forego medical treatment in favor of faith healing is in violation of the U.S. Constitution and its equal protection guarantees.
[Continue Reading...]

A decade-long court dispute over a child neglect case that spawned a legal battle over faith healing, endedÂ Tuesday with two guilty convictions for the girls’ mother and friend.

Sherman and Crank say they will appeal the conviction, and the case is expected to test Tennessee state laws that allow parents to make medical decisions based on their faith.
[Continue Reading...]

Nearly ten years ago the mother and ‘spiritual father’ of a 15-year-old girl who died of bone cancer were charged for failing to heed advice from medical professionals and instead relying solely on faith healing.

The trial of Jacqueline Pearl Crank and her minister, Ariel Ben Sherman, has been now been set for May 8 in Loudon County Circuit Court.
[Continue Reading...]

More than six years after 15-year-old Jessica Crank died from cancer after failed attempts at faith healing, her mother Jacqueline is testifying about making that choice as a matter of religious conviction.

Crank now faces a misdemeanor neglect charge in the death of her daughter, after years of legal wrangling that has seen the charges move up and down the appeals process but never to trial.
[Continue Reading...]

The state Supreme Court has agreed to hear the case of an alleged cult leader whose teenage follower died from cancer after her mother heeded his advice to rely on prayer rather than medicine.
[Continue Reading...]

Mother accused of child abuse for using prayer instead of medicine to heal dying daughter A woman accused of child abuse for turning to prayer instead of medicine to try to save her dying daughter wants to use the Bible as part of her defense. In a controversial motion filed by defense attorney Gregory P. Isaacs, Jacqueline Crank is asking a Loudon County Criminal Court judge to allow Isaacs to quote Scripture. Related Articles More articles about this case “In 1984 Ariel Ben Sherman, leader of the Good Shephered Tabernacle in-Salem Oregon, was charged with five counts of child abuse.
[Continue Reading...]

Knoxnews.com, Apr. 22, 2003 http://www.knoxnews.com/ LOUDON – A couple pleaded innocent Monday to misdemeanor child abuse charges in the death of a 15-year-old Loudon County girl who died of cancer last year. Trial for Jacqueline P. Crank, 42, and Ariel Ben Sherman, 74, was set for Jan. 27 in Loudon County Criminal Court. They are free on bond. Crank’s daughter Jessica Crank, 15, died of bone cancer at the home she shared with her mother and Sherman, who has been referred to in court as the girl’s “spiritual father.” Crank and Sherman were indicted by a grand jury on a
[Continue Reading...]

KnoxNews.com, Apr. 17, 2003 http://www.knoxnews.com/ By JAMIE SATTERFIELD AND RANDY KENNER A couple who faced felony child abuse charges last year in connection with the death of a 15-year-old Loudon County girl now have been indicted on misdemeanor charges in the case. A Loudon County grand jury indicted Jacqueline P. Crank, 42, and Ariel Ben Sherman, 74, on a single count of misdemeanor child abuse and neglect for their alleged failure to seek treatment for Crank’s terminally ill daughter. The indictments were released Wednesday. Jessica Crank, 15, died of bone cancer in September at the home she shared with her
[Continue Reading...]

WKRN, Sep. 18, 2002 http://www.wkrn.com/ An East Tennessee woman is charged with child abuse for allegedly choosing prayer over medical care to treat her daughter’s cancer. The mother could soon be facing a homicide charge as well. 15-year-old Jessica Crank died of cancer last Sunday. Her mother now faces the possibility of years in prison because of a decision she made about her daughter’s health. “They tried to cure her through prayer, relying on their faith as practicing Christians,” said Gregory Isaacs, the mother’s attorney. “They” are Jessica’s mother, Jacqueline, and her church, a fundamentalist church called the New Life
[Continue Reading...]