Attorney Ryan Hamilton has filed the lawsuits on behalf of multiple families.

Patients and their families say the the center isn’t curing addictions; it’s trying to recruit people into Scientology.

Narconon bases its treatment of drug addicts on the writings of fantasist L. Ron Hubbard — the Scientology founder who, among other things, lied about his life and accomplishments anmd made bogus medical claims in connection with his ‘religion.’

In Nevada, loopholes have allowed the unlicensed center to fly under the radar, even though former patients reports having stayed in rooms with mold and lice, and being told to try and move objects with their mind.

Ryan Hamilton has filed similar lawsuits in California and in Colorado.

Narconon is in trouble in various locations in the US and abroad. 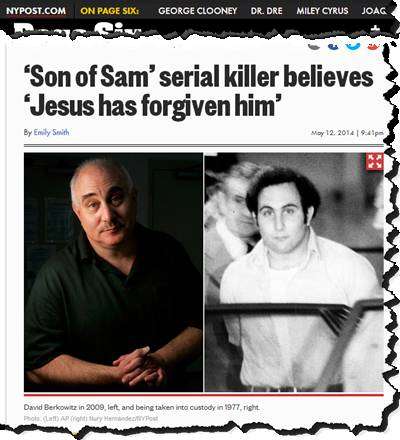 Serial killer David Berkowitz, a.k.a. the “Son of Sam,” was denied parole for the seventh time last week.

Berkowitz — who in 1978 was sentenced to 25 years to life in prison for each of six murder, to be served consecutively — did not show up for his parole hearing.

NY state law mandates that such hearing take place every two years, but Berkowitz did not show up for the latest hearing.

His lawyer explains that the inmate, who became a born-again Christian in 1987, says “Jesus has already freed my heart, soul and mind and has forgiven me.”

Cult leader Charles Manson, will be the subject of a new 1-hour NBC drama in the fall TV season.

In Aquarius, Police Sergeant Sam Hodiak (David Duchovny) and a rebellious undercover cop stumble upon the small-time cult leader. xplore the cat-and-mouse game between him and the police, which will go on for several seasons ultimately ending with the infamous Tate-LaBianca murders.

Last summer, the concept was acquired by FaithStreet, a technology company that aims to help newcomers to a city (or to a faith) discover and explore faith communities near them.

In January, OnFaith saw a relaunch as “a website devoted to covering religion and spirituality in all its wonder and weirdness.”

Like so: Ten Bible Verses Prosperity Gospel Preachers Need to Stop Misusing (we’ve got research resources on the ‘Prosperity Scam’ at Apologetics Index.

Also found in OnFaith: This is your body on God. 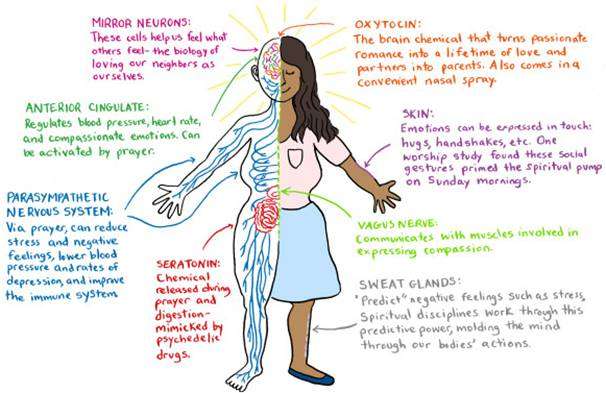 Its a blurb about an upcoming book by Rob Moll, editor at Christianity Today: What Your Body Knows About God: How We Are Designed to Connect, Serve and Thrive.

Moll, who says scientists are now discovering ways that our bodies are designed to connect with God, chronicles the fascinating ways in which our brains and bodies interact with God and spiritual realities.

The Infographic is by Melissa Mendes/Narratively.

Topics: Narconon, Scientology
This post was last updated: Wednesday, May 14, 2014 at 2:14 AM, Central European Time (CET)