You are here: Home | Ottawa target in brainwashing case

MONTREAL — Patients were put in isolation, tied down or drugged, and subjected to hours and hours of taped recordings meant to brainwash them.

They were subjected to massive electroshocks, experimental drugs and LSD, all at the behest of the CIA, a federal court was told on Wednesday.

Now it’s time for the federal government to compensate the hundreds of victims whose lives were damaged, argued lawyer Alan Stein.

Stein is seeking court approval for a class-action lawsuit on behalf of his client, Janine Huard, one of the hundreds of patients of Dr. Ewen Cameron to be subjected to the CIA experiments going back to the 1950s. 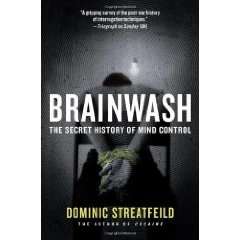 “Madame Huard was not only subject to electroshock treatments, to experimental drugs, to psychic driving, the government of Canada has refused her compensation,” Stein told the court.

Cameron pioneered “psychic driving,” by which he believed he could erase the memories of patients and rebuild their psyches without psychiatric defect.

The idea intrigued the CIA, which recruited Cameron to experiment with mind control techniques beginning in 1950. The McGill experiments were jointly funded by the CIA and the Canadian government.

The experiments were part of a larger CIA program called MK-ULTRA, which also saw LSD administered to U.S. prison inmates and patrons of brothels without their knowledge, according to testimony before a 1977 U.S. Senate committee.

The CIA eventually settled a class-action lawsuit by test subjects, including Huard, and the Canadian government ordered a judicial report into Cameron’s experiments.

Lawyers for the federal government argue it’s too late to proceed with a lawsuit, more than four decades after Cameron’s death and more than a decade after the claims were rejected.

Huard, who will be 79 at the end of the month, was a patient of Cameron at McGill University’s Allan Memorial Institute for more than a decade, beginning in 1951.

She was one of nine Canadian victims who received nearly US$67,000 from the CIA in 1988 to compensate her for her suffering.

But her claim for compensation from the federal government, which jointly funded the experiments, was rejected three times.

In 1994, 77 patients were awarded $100,000 each from the federal government but only those who suffered “total depatterning,” meaning they were rendered to a childlike state.

More than 250 others were denied compensation because their treatment was less intense and had fewer long-term effects.

Then, in 2004, a federal appeal court overruled that decision and awarded a former patient the $100,000.

(Listed if other than Religion News Blog, or if not shown above)
Dene Moore, The Chronicle Herald, Jan. 11, 2007, http://thechronicleherald.ca