In October, 2011, two teenage girls were doused with petrol and set alight on a hill south of Johannesburg, South Africa, in what authorities, prosecutors and the accused say was a Satanic ritual killing. 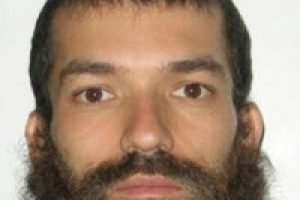 Police in Chile have arrested members of a tiny religious cult for allegedly burning a baby alive on a bonfire in the belief that the child was the ‘antichrist.’

In London there have been 81 recorded cases of children being abused as part of religious practice over the past 10 years but police and church groups are convinced it is under-reported.
[Continue Reading...]

Eight people have been arrested in Mexico for the killing two 10-year-old boys and a 55-year-old woman in ritual sacrifices by the cult of La Santa Muerte, or Saint Death.

Until now there have been no confirmed cases of human sacrifices in Mexico to the saint.
[Continue Reading...]

An 11-year-old albino girl from Swaziland was shot dead in front of her friends and then beheaded in what police believe was a ritual murder.

The murder is the latest in a series of albino killings in Sub-Saharan Africa, where sufferers of the rare skin pigmentation condition are concentrated.

Earlier this year, another 11-year-old albino child was killed close to the same spot in Swaziland and her hand was removed.

Police believe both children may have been targeted because of a belief by witch doctors that the blood and body parts of albinos – who lack pigment in their eyes, hair and skin – can bring good luck and fortune when used in potions.

Their value for black magic practitioners sees them often fall prey to human traffickers, one of whom was jailed for 17 years in Tanzania this week for abducting and attempting to sell a live albino man.
[Continue Reading...]

A BBC investigation into human sacrifice in Uganda has heard first-hand accounts which suggest ritual killings of children may be more common than authorities have acknowledged.

A former witch-doctor who now campaigns to end child sacrifice confessed for the first time to having murdered about 70 people, including his own son.
[Continue Reading...]

Gruesome stories of people, especially children, being killed by parents, friends, and strangers in horrific ritual practices have become common in the news from Uganda in the last four months.

Police testified they took black and white candles from Harris’ home last January, along with bells, a necklace, and several books on Witchcraft.

After more than a year of preparation and several delays, a jury will hear from attorneys and witnesses today as the double-murder trial of Lawrence Douglas Harris Sr. begins.

Harris, 26, is accused of killing his young stepdaughters during some kind of ritual. He has pleaded not guilty, and his lawyers will try to prove that he was legally insane when the crimes were committed.
[Continue Reading...]

The heads of 11 decapitated bodies discovered in Mexico’s Yucatan Peninsula last week may have been burned in a ritual, investigators said.

Police said they found an altar to the skeletal figure of the “Santa Muerte,” an unofficial patron saint of death, in the home of two men arrested in connection with the slayings, while several scorched spots were discovered in a nearby clearing.
[Continue Reading...]