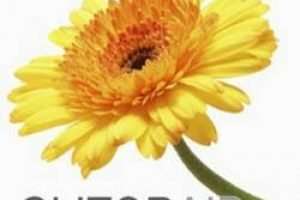 Clitoraid, a charity backed by the Raelian Movement, has built a hospital in Burkina Faso for the purpose of helping women who have been subjected to genital mutilation.

But the country forbids the hospital from opening, and has cancelled the work permits of a team of surgeons.

Raelians believe pressure from the Catholic Church is behind these moves. But concern over the Raelian gospel may also play a role.
[Continue Reading...]

Plus some surprising news in the blasphemy case against a young Pakistani Christian girl. And more…
[Continue Reading...]

In the white-tiled, one-bedroom Miami apartment were books and hand-scrawled notes attesting to the family’s devotion to a sect that believes in extraterrestrial beings and human cloning.

Among the items found in the sparsely furnished apartment: several French magazines and books — including Let’s Welcome the Extraterrestrials and Yes to Human Cloning — connected with the Raelian movement.
[Continue Reading...]

Go Topless has been around since 2007, and its big push is Go Topless Day, an annual event held on the Sunday closest to Aug. 26, which is Women’s Equality Day, the anniversary of the day women were given the right to vote.

Although Go Topless is focused on the laws in the U.S., its roots are, well, extraterrestrial in origin.

Both Gary and Abdulla are members of the Raelian religion, which believes that humans were created by advanced scientists known as the Elohim. The group is best known for its close ties to Clonaid, a human cloning company that claimed in 2002 to have created the first cloned human baby.

They say their beliefs in ETs are inspiring them to fight to make the right to bare breasts as fundamental as the right to bear arms.
[Continue Reading...]

The Raelians have designated this Sunday (June 27) as “World Swastika Rehabilitation Day,” saying the ancient symbol should no longer be damned by its ties to Nazism.

The Raelian symbol, a swastika merged with the Star of David, has hindered the group’s plans to build “interplanetary embassies” in Israel and Lebanon.
[Continue Reading...]

Addressing a conference of cult survivors in Brisbane today, Senator Nick Xenophon said a new motion for a new parliamentary inquiry might include a push for police to take criminal action against cults.

He was also attracted to using the Trade Practices Act to prosecute groups for false and misleading conduct if they wrongly claimed to provide therapeutic benefits to their devotees.

The conference has heard a number of heart-rending stories from different religion-based and therapeutic cults.
[Continue Reading...]

The U.N. refugee agency is considering an asylum request from the Iranian leader of the Raelian Movement, a sect that believes in extraterrestrials.

She is being detained in Istanbul for not carrying a proper passport when she arrived in Turkey last week, and as an apostate from Islam faces a possible death sentence if sent home.
[Continue Reading...]

In a decision that one lawyer says further restricts the media’s freedom in Quebec, a judge has ruled that the a newspaper’s “clandestine” undercover investigation of the Raelian UFO cult went too far.

He has ordered its parent company, Sun Media Corp., to pay $9,000 in damages to two Raelians who sued for invasion of privacy.
[Continue Reading...]

• Jailed: Muslim pilots who prayed instead of taking emergency measures.

• Plug and Pray? Nope. Pay and Pray. Plus: • How Mormons try and explain a failed prophecy. • Heresy hunters hunted. And more…
[Continue Reading...]