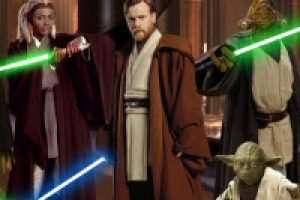 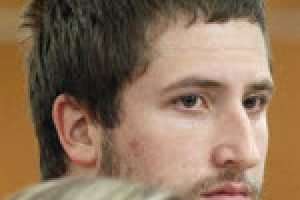 Plus: a study by the Pew Research Center’s Forum on Religion & Public Life concludes that worldwide more than eight-in-ten people identify with a religious group — while one-in-six people have no religious affiliation.

Also: a priest arrested for carrying a concealed gun told police he was ‘asked to get rid of it during a confession.’

Plus: More doctors honor religious objections to blood transfusions; And why jams and marmalades may be banned from church fetes.

Only half of Britons now consider themselves Christian after a “sharp decline” in religious belief over the past quarter of a century, according to a new academic study.

At the same time, the proportion of Britons who say they have “no religion” has increased from 31 per cent to 43 per cent.

The number of Americans who don’t identify with any religion is growing. A new study by Trinity College suggests that more than one in five Americans will identify themselves as “Nones” in religious terms in 20 years (up from 15 percent now). Most would not consider themselves atheists. But they are increasingly skeptical of organized religion and clerics. They are, said one researcher, a stew of agnostics, deists and rationalists – and their numbers appear to be increasing.

So why are fewer Americans identifying with a religion, denomination or particular faith group? Why are a growing number of people becoming faith-free? And if the trend continues, is it a matter of alarm?

These are questions Wayne Slater, of The Dallas Morning News, asked of a panel of religious leaders.

Americans who don’t identify with any religion are now 15% of the USA, but trends in a new study shows they could one day surpass the nation’s largest denominations — including Catholics, now 24% of the nation.

As it has grown larger, the no religion or None population is no longer a fringe group and the “None” choice in terms of (ir)religious identification is now attracting wide swaths of Middle America.

America is a less Christian nation than it was 20 years ago, and Christianity is not losing out to other religions, but primarily to a rejection of religion altogether, a survey published Monday found.

The only group that grew in every U.S. state since the 2001 survey was people saying they had “no” religion; the survey says this group is now 15 percent of the population. Mark Silk said this group is likely responsible for the shrinking percentage of Christians in the United States.

But researchers point out that just because people are dropping out of organized religion, that doesn’t mean they’re abandoning faith.

In a 23-page report published this evening, a UN rapporteur claims the 2001 Census findings that nearly 72 per cent of the population is Christian can no longer be regarded as accurate. The report claims that two-thirds of British people now do not admit to any religious adherence.

Their numbers have more than doubled in a decade, to nearly 30 million. Organized as a religious denomination, they would trail only Roman Catholics and Baptists in members. They are the “nones,” named for their response to a question in public opinion polls: “What is your religion, if any?” Some nones are atheists, others agnostics, still others self-styled dabblers in a variety of faiths and philosophies. Despite their discomfort with organized religion, many still consider themselves quite spiritual. Take, for example, Matt Blevins, 30, a Portland, Ore., environmentalist who, like many nones, is relatively young, liberal and religiously uncommitted. Sunday

Growing numbers shed organized church for loose spiritual sensibility Kellee Hom was raised in the Roman Catholic Church but never imagined she’d become a religious none. div> No, not “nun.” That’s “none,” as in “none of the above.” Hom is among a growing number of Americans who simply answer “none” or “no religion” when pollsters ask them their religious affiliation. Some “nones” identify themselves as as atheists or agnostics, but the vast majority believe in God, pray and often describe themselves as “spiritual but not religious.” “My sense of God transcends all the different religions,” said Hom, a clinical supervisor