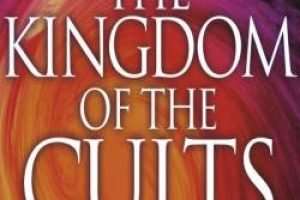 Cult? Sect? New Religious Movement? Alternative Religion? The terminology used to describe some religious groups and movements is confusing — in part because the words used are ambiguous.

In his column at Patheos, Christian theologian Roger E. Olson addresses Safe and Unsafe Sects (and Problems with Terms for Alternative Religious Groups). A good article, though the mention of J. Gordon Melton does inspire us to provide a word of caution regarding cult apologists.
[Continue Reading...]

An Amish bishop testifies against the cult-like group that attacked him. Plus, an Australian doctor — a member of the extremist Exclusive Brethren sect — has been banned from practicing medicine after prescribing a ‘gay cure.’
[Continue Reading...]

Today’s issue focuses on news stories that expose the Church of Scientology to daylight.

The avalanche of stories in the wake of the Tom Cruise / Katie Holmes divorce shows that the news media are no longer afraid to the litigious cult.

We also highlight a story in which two notorious cult defenders are quoted regarding their opinions of Scientology.
[Continue Reading...]

The Aum Supreme Truth cult could have toppled the government and taken power, even only for a short period, by committing mass murder in Tokyo with 70 tons of deadly sarin gas and 1,000 automatic rifles, a former Supreme Court justice said in an interview with The Yomiuri Shimbun.