The City of Clearwater, which at one point was target for a take-over plot by the Church of Scientology, has told the cult to remove a massive sign from a temporary building.

Has the NSA violated the former pope’s privacy? Also, from our ‘You Call That Religion Reporting?’ file: the story about an ultra-conservative rabbi’s comments regarding soy products was not true.

Plus: a prominent evangelical leader says evangelicals should change tactics when it comes to their involvement in politics and the culture wars.
[Continue Reading...] 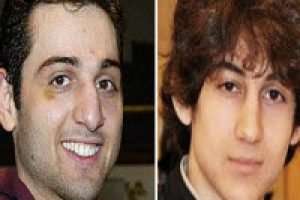 A cult victim and a cult expert address the mind control that could be a factor in the beliefs and behavior of the Boston bombers.

A group of Islamic radicals have been charged with planning to kidnap a FrenchÂ judge.

Un-Christian behavior on the part of an attention-seeking ‘pastor’ and his 30-person fringe church in Gainsville, Florida, has led Muslim extremists in Afghanistan to savagely murder innocent people.

Terry Jones, the 58-year-old pastor of the Dove World Outreach Center, presided over what he called an “International Judge the Koran Day” on March 20, in which he supervised the burning of Islam’s holy book in front of some 50 people.
[Continue Reading...]

A Swedish court convicted two brothers of trying to burn down the home of an artist whose Prophet Muhammad depiction infuriated some Muslims, and sentenced each of them Thursday to more than two years in prison.

The attempted arson attack was motivated by a controversial 2007 sketch by artist Lars Vilks that depicted Muhammad as a dog, the Helsingborg District Court said. The defendants, aged 19 and 21, were not identified by name due to Swedish privacy rules.
[Continue Reading...]

Jihad is “a religious war with those who are unbelievers in the mission of Muhammad. It is an incumbent religious duty, established in the Koran and in the Traditions as a divine institution, and enjoined specially for the purpose of advancing Islam and repelling evil from Muslims.”

That is how it is described in no lesser source than the Dictionary of Islam, so we should not pretend surprise if Islamic terrorists see their mission in such terms.
[Continue Reading...]

Three Islamic extremists are facing lengthy prison sentences after being found guilty of conspiring to kill hundreds of people in a terrorist bombing campaign.

In what the prosecution claimed were six “suicide videos” lasting a total of more than an hour, the terrorists threatened to scatter “body parts” on the streets in revenge for the wars in Iraq and Afghanistan.
[Continue Reading...]

Abu Qatada’s bail conditions were under review last night after security experts said allowing the hate preacher to associate with a convicted terrorist made a ‘mockery’ of the rules.