Geert Wilders is a Dutch politician. He is the founder and leader of the Partij voor de Vrijheid (PVV) — Party for Freedom. currently the fourth-largest party in the Dutch parliament.

He is known in the Netherlands and abroad for his anti-Islam views. Saying, “I don’t hate Muslims, I hate Islam,” he campaigns to the stop what he considers to be the “Islamisation of the Netherlands”.

In the process he wants to severely curtail or stop immigration from Muslim countries, advocates a ban on the construction of new mosques, and he has engaged in what many people consider to be indiscriminate criticism of Muslims in general, and of Moroccans in specific. (Young people with a Moroccan background are vastly over-represented in Holland’s crime statistics).

While he is described as a far-right populist, Wilders has refused to align himself with European far-right leaders, saying that he does not want to be “linked with the wrong rightist fascist groups.”

Geert Wilders compares the Quran with Mein Kampf and has campaigned to have the book banned in the Netherlands.

In 2008 he produced the short movie Fitna — a rather unbalanced view of Islam. 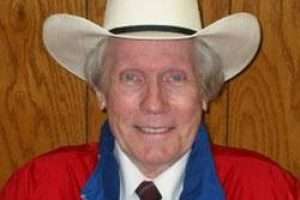 Plus: help make an anti-Scientology cult conference possible; and more…

A court in Amsterdam has acquitted MP Geert Wilders of charges of inciting hatred and insulting Muslims as a group.

The charges had been brought by individuals who felt they had been discriminated against by the anti-Islam nationalist MP.

The far-right Dutch politician Geert Wilders, facing a retrial on charges of incitement to hatred and discrimination, used a court appearance on Monday to engage in harsh anti-Muslim rhetoric, calling Islam a “totalitarian ideology” that seeks to “destroy” European civilisation.

A Dutch court approved on Friday a request from anti-Islam politician Geert Wilders to have new judges for his trial on charges of inciting hatred against Muslims, forcing the court to start the case over again.

It is alleged that one of the judges tried to influence one of Wilders’ witnesses.

Prosecutors in the hate speech case against Dutch politician Geert Wilders on Tuesday requested the court drop charges of insulting Muslims from the list of crimes being considered.

Although prosecutors would continue pushing for a conviction on charges of discrimination and inciting hatred against Muslims, they said incendiary statements Wilders had made about the Koran and Islam could not be construed as a direct insult to people of the Muslim faith.

The hate speech trial of Dutch anti-Islam MP Geert Wilders, set to become a shadow partner of the next government, will go ahead as planned after a court on Tuesday refused to dismiss his judges for alleged bias.

Wilders is charged with five counts of giving religious offence to Muslims and inciting hatred and discrimination against Muslims and people of non-Western immigrant origin, particularly Moroccans, in comments made between October 2006 and March 2008 in Dutch newspapers and on internet forums.

Seven days of hearings have been scheduled in the month of October, with judgment expected on November 4.

Wilders’ Party for Freedom (PVV) came third in June 9 national elections, and is concluding a deal to support a new minority government of Christian Democrats and liberals in return for a voice in policy-making.

Dutch anti-Islamist politician Geert Wilders, who plays a controversial but pivotal role in the formation of a new Dutch government, went on trial on Monday for inciting hatred against Muslims.

Wilders is charged with inciting hate and discrimination against Muslims in comments he made in the media and for insulting Muslims by comparing the Islamic faith to Nazism.

An anti-Islam lawmaker in the Netherlands is forming an international alliance to spread his message across the West in a bid to ban immigration from Islamic countries, among other goals.

Geert Wilders told The Associated Press in an interview Thursday he will launch the movement late this year, initially in five countries: the U.S., Canada, Britain, France and Germany.

Geert Wilders, the radical anti-Muslim Dutch politician, will seek to test free speech in Britain next month when he makes a second attempt to visit the House of Lords to screen a controversial film equating Islam to Nazism.

Lord Ahmed, a Muslim peer, has promised to mobilise 10,000 Muslims to block Mr Wilders from entering the House of Lords.

Dutch far-right politician Geert Wilders is due to appear in an Amsterdam court on Wednesday on charges of religious insult and anti-Islam incitement.

The prosecution claims his 2008 short film “Fitna“, as well as statements made in interviews and speeches, incite hatred against Muslims. Wilders has called Islam a “backward” culture and the Koran a “fascist book that incites people to violence.”