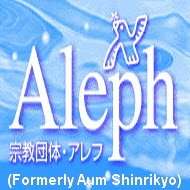 A court has ruled that the Tokyo Metropolitan government must pay damages, and apologize, to Aleph — the successor of the Aum Shinrikyo doomsday cult — for suggesting Aum was responsible for the attempted murder of Japan’s national chief of police.

Tokyo marked the 15th anniversary Saturday of the sarin nerve gas attack on its subway system by AUM Shinrikyo cult members that left 13 dead and sickened some 6,300.

The cult’s founder Shoko Asahara, 55, and nine other cult members are currently awaiting execution on death row, while three others remain at large.
[Continue Reading...]