This collection of news reports includes articles about people who have been falsely accused of witchcraft — as well as about those who practice Witchcraft or Wicca as a religion.

For items on this topic posted after August, 2012, click here. 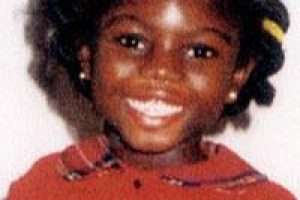 Parents, other guardians, and in several cases pastors and church members who believe a child is possessed often resort to physical abuse in order to try and get the spirits to leave.

In London there have been 81 recorded cases of children being abused as part of religious practice over the past 10 years but police and church groups are convinced it is under-reported.

A couple convicted for torturing and murdering a 15-year-old boy they accused of using witchcraft have been jailed for life.

Football coach Eric Bikubi, 28, has been ordered to serve at least 30 years. His partner, Magalie Bamu, 29, will serve a minimum of 25 years.

A couple have been found guilty of murdering a teenager they had accused of using witchcraft.

After days of ‘feral’ torture Kristy Bamu drowned in a bath on Christmas Day in 2010, during torture to produce exorcism, an Old Bailey jury heard.

Two people are in custody after police found more than a half dozen dismembered dogs in a home in Coatesville, Pennsylvania.

The police also found items related to witchcraft and the occult.

A man accused of killing a teenage boy he thought was a witch cut the hair of a young woman to “release the witchcraft”, the Old Bailey has heard.

Violence inflicted on a teenager accused of being a witch was “wild” and “completely feral”, a witchcraft expert has told the Old Bailey.

Kristy Bamu, 15, drowned in a bath in his sister’s east London flat after he was was beaten and tortured in 2010.

A couple accused of torturing and killing a 15-year-old boy were “obsessed” with witchcraft and warned the boy’s parents they would kill him, his sister has told a court.

A teenage boy underwent “unimaginable physical torture” before being drowned by his sister and her partner because they believed he was a sorcerer who was practising witchcraft, a court heard on Thursday.

Eric Bikubi and Magalie Bamu, both 28, killed 15-year-old Kristy Bamu in their east London flat after violently abusing him for several days, and repeatedly attacked the victim’s two sisters, whom they accused of sorcery, the Old Bailey heard on the opening day of the trial.

Ghana’s government is looking at ways to support people accused of witchcraft – mainly women and children banished by their communities to “witches’ camps” in the north – and to reintegrate them in their home villages.

Currently around 1,000 women and 700 children are living in six camps in northern Ghana, where they have found refuge from threats and violence from people in their home communities after being labelled witches and blamed for causing misfortune to others.