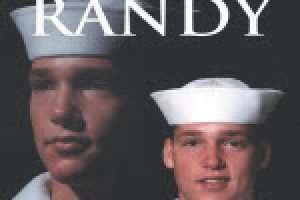 Randy’s parents rescued their son from an abusive church that denied him food, sleep, and a personal life.

In the hope of helping others who find themselves in similar circumstances, they have written a book about their experiences.
[Continue Reading...]

The family being sued says it was shunned after leaving the church a few years ago.
[Continue Reading...]

Nowadays it seems that wherever there is a disaster, so-called ‘Scientology Volunteer Ministers’ show up.

Sometimes they pass out food and supplies, but more often than not their real purpose is to ‘assist’ people with the quackery ‘techniques’ thought up by Scientology founder L. Ron Hubbard
[Continue Reading...]

Former members of an abusive church in Australia are speaking out on the subject of spiritual abuse.
[Continue Reading...]

BRENTWOOD – The leadership of a Brentwood church remained in doubt Monday after a former pastor’s brazen attempt to reclaim control of the congregation during services Sunday morning. Bob Allen, founder and the former senior pastor of Pathways Church, brought the 9 a.m. service to an abrupt end when he and about two dozen supporters, including family members, entered the sanctuary and marched onstage during a song. Allen took the microphone from a singer and announced he would lead the rest of the service, saying God had not told him to resign, said church member Tara Tayler. The congregation began
[Continue Reading...]

Skowhegan woman seeks return of father’s body Blethen Maine Newspapers, Aug. 2, 2003 http://www.centralmaine.com/ By ALAN CROWELL, Staff Writer SKOWHEGAN — Buried in a cemetery in a small German town near the city of Augsburg is the body of Crystal Towle’s father, and part of her childhood. Towle, now 26 and living in Skowhegan with her husband and two children, wants them back. From the time she was 6 until her father died in August 1988, Towle, her mother, two sisters and brother lived a life dominated by a tiny nondenominational church that Towle’s father, Carroll A. Rines, had joined
[Continue Reading...]

The Toronto Sun (Canada), Oct. 21, 2002 (Column) http://canoe.ca/Columnists/meedward.html By MARIANNE MEED WARD How does Enron happen? Or the political scandal of the week? Or sexual abuse by religious leaders who get shuffled among congregations? What all these share – besides people who have the ethics of a goat – are structures that allow unethical or criminal behaviour to flourish unchecked, at least for a time. What are the common characteristics of those structures? For the answer, it’s instructive to turn to the emerging field of spiritual abuse counselling. One definition of spiritual abuse is the “misuse of a position
[Continue Reading...]