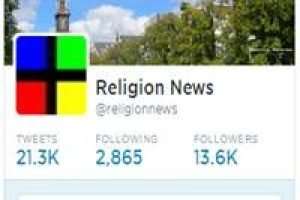 Today’s blogosphere is a veritable Wild West of verbal ambushes and shootouts, with very little fear of legal recourse to keep character assassination, defamation and dirty business tricks in check. It’s an area of the law that desperately needs serious attention. Self-proclaimed “experts” and “journalists” abound on the Internet. “Web logs are the prized platform of an online lynch mob spouting liberty, but spewing lies, libel and invective,” wrote Daniel Lyons in “Forbes.” Some 50 percent to 60 percent of blog attacks are now sponsored by business rivals, said a lawyer quoted in the story. Ten years ago Congress passed
[Continue Reading...]

Self-styled “cult buster” Rick Ross stirred up a hornet’s nest last week with his warning to Madonna’s favorite presidential candidate, retired Gen. Wesley Clark, to keep his distance from Madonna’s spiritual home, the Kabbalah Centre in Los Angeles. One apparent supporter of Kabbalah Centre founder Philip Berg E-mailed me yesterday to describe Ross – who runs a New Jersey-based nonprofit that describes its mission as the study of cults – as “disreputable.” The E-mailer then recounted the 51-year-old Ross’ childhood psychiatric history and various brushes with the law as a young man in Arizona – notably his guilty plea to
[Continue Reading...]