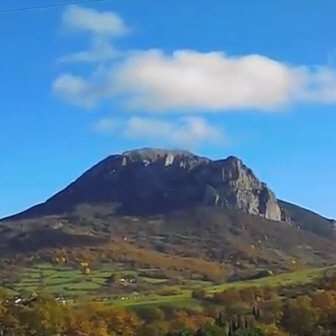 Bugarach, a tiny farming village (population: 200) in the southwest of France, has been inundated with New Agers, UFO-enthousiasts, and other ‘esoterics’ who believe it is the only place on earth that will be safe from the ‘Apocalypse’ — which they expect will take place on December 21.

According to them aliens waiting inside the mountain will rescue them in their space ships.

The mayor is concerned, but locals are renting out their homes to those seeking salvation.
[Continue Reading...]

Marilyn Ferguson, the author of the 1980 bestseller “The Aquarian Conspiracy” and a galvanizing influence on participants in scores of alternative groups that coalesced as the New Age movement, died Oct. 19 at her home in Banning.

Ferguson was embraced as a beacon. Her book became “the most commonly accepted statement of Movement ideals and goals,” wrote J. Gordon Melton in the New Age Encyclopedia.
[Continue Reading...]

Known as “Darwin’s rottweiler”, Prof Richard Dawkins caused a furore with a stinging attack on religion. Now the evolutionary biologist has turned his wrath on “new age” alternative therapies, describing them as based on “irrational superstition”.
[Continue Reading...]

More than a mere sales gimmick, spirituality tours are taken very seriously by their participants, who are commonly pantheistic, choosing to believe in truths of every religion rather than just one. They also invoke the whole panoply of New Age beliefs, finding power in crystals, aromatherapy and, of course, pyramids.
[Continue Reading...]

In weeks of frustration and anger, not knowing if her son would live or die, she was ready to ditch the whole idea that there was a loving God who cared what happened on earth. Then came the angels…
[Continue Reading...]

It’s absolutely possible for everyone to have these things and more — at least that’s what the teachers say in The Secret.
[Continue Reading...]

Across the US, and increasing number of spiritual bookstores cater to people who are starting to question their true purpose in life without the restrictions of a specific religion.
[Continue Reading...]

The foundation, home to 400 people, is one of the UK’s largest alternative spiritual communities.
[Continue Reading...]

Marianne Williamson, one of the Oprah Friends who will be chattering on the talk show hostess’ new XM Radio channel, will broadcast her show from Detroit.
[Continue Reading...]