Religious groups – including some Christian denominations – differ in their views regarding homosexuality, lesbianism, Bisexuality and/or Transgenderism.

This news archive is meant as a non-judgmental collection of news stories on religious aspects related to these lifestyles.

Apologetics Index includes research resources on the topic from a variety of perspectives. 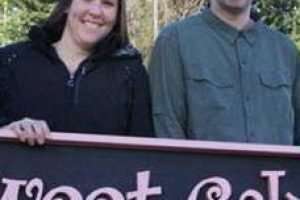 Aaron and Melissa Klein said their refusal to bake for the lesbian couple was prompted by their Christian beliefs. The case has been cited in the national debate over religious freedom and discrimination against gays.

The son of televangelists Jim and Tammy Faye Bakker Sunday ledÂ a rally encouraging North Carolinians to vote against theÂ marriage amendment on the May ballot.

Bakker said though his parents didn’t always bring favorable attention to North Carolina, they taught him that Jesus’ message was to love others. Â

Three Muslim men in England have been found guilty of stirring up hatred on the grounds of sexual orientation after distributing a leaflet that said Islam called for anyone caught committing homosexuality to be executed.

Ihjaz Ali, Kabir Ahmed and Razwan Javed handed out the pamphlet, called The Death Penalty?, which showed an image of a mannequin hanging from a noose and quoted Islamic texts that said capital punishment was the only way to rid society of homosexuality.

A protest outside the headquarters of the Southern Poverty Law Center in Montgomery, Ala. last Tuesday put the spotlight on a clash of views between the center and a coalition of African-American pastors and their supporters.

They are accused of stirring up hatred on the grounds of sexual orientation.

A Christian civil servant has been fired by the Dutch city of The Hague for refusing to oversee same-sex marriages on Biblical grounds.

Wim Pijl, 67, said Tuesday, November 15, he would take legal action against the dismissal despite parliamentary support for gay weddings.

A Christian couple who did not let a gay couple have a double room in their hotel have appealed against a ruling that they acted unlawfully.

The couple says the hotel’s policy is based on their beliefs about marriage, not hostility to any sexual orientation.

The Scottish government has begun a 14-week public consultation, running from 2 September to 9 December, on the question of legalizing marriage for gay couples, encouraging individuals and groups such as religious organizations to take part.

The government has said it would like to hear from religious groups and ordinary people, and has indicated religious organizations will have freedom of choice in deciding whether to officiate at gay weddings.

The Christian owners of a guesthouse who were fined Â£3,600 for restricting double rooms to married couples are set to appeal the decision.

On CNN’s “Piers Morgan Tonight” Joel Osteen spoke about homosexuality and said he believed it to be a sin in his eyes.