The term ‘cult’ can be used in a positive, negative, or neutral sense. It does not necessarily have a pejorative meaning, although the term has taken on negative connotations — precisely due to the behaviour of some groups that have been identified as cults.

The ambiguity of the term ‘cult’ makes it necessary to identify or determine in what sense the word is used.

Also, in some countries the term ‘sect‘ — equally ambiguous in meaning — is used instead of the word ‘cult.’

The three central defendants in a Jerusalem cult were indicted in the Jerusalem District Court on Wednesday, in a case of what police and social workers have called the worst abuse of its kind they have seen in decades.
[Continue Reading...] 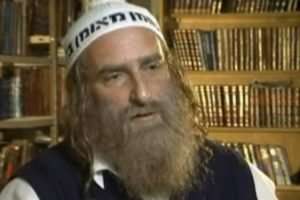 Israel Police, in cooperation with Jerusalem district officers and social services, arrested nine members of a cult living in Jerusalem and in the Tiberias area over the past few weeks, on suspicion of carrying out emotional and physical abuse of women and children over a two year period.

Police and social workers familiar with the case described severe physical, emotional, and sexual violence, that landed several of the children in the hospital, some multiple times.
[Continue Reading...]

The Israeli government must create comprehensive legislation to combat the phenomenon of cults in Israel and provide a clearer definition of what constitutes cult activity, a report published Monday by a special Ministry of Welfare and Social Affairs task force has recommended.

Authored by the team of professionals that dealt with the fallout of Israel’s largest cult to date — that headed by Tel Aviv polygamist Goel Ratzon — the 48-page report focuses on four main areas: preventive action, therapeutic intervention, legislation and government involvement.
[Continue Reading...]

Carli McConkey spent the best years of her life in a cult. She only escaped earlier this year. What’s frightening about her story is that this could happen to any of us.

Clinical Professor Doni Whitsett of the University of Southern California has been working with victims of cults and their families for 20 years. Carli’s is ”a tragic textbook case”, she says.
[Continue Reading...]

Video: Listen in on a casual conversation between cult expert Steve Hassan, ex-Scientologist Paul Grosswald — a long-time anti-cult activist, and ex-Scientologist Karen Pressley, who was a top person at the cult’s Celebrity Centre, a Seo Org member, and who worked directly for David Miscavige for 4 years.

Karen talks about her presentation at the ICSA conference with ex-Children of God member Miriam Boeri (who wrote Heaven’s Harlots), suppression of her new book by the Scientology cult, and its forthcoming release.
[Continue Reading...]

Benjamin Zeller, a religious studies professor, often shared routine small talk with members of three well-known American cults during the five years he spent researching and writing his recently published book, “Prophets and Protons.” “It amazes me when I study these groups, how human we all are,” Zeller says. “So much of their lives are normal stuff. They struggle with questions we all struggle with.”
[Continue Reading...]

A former member of a religious cult himself, Steve Alan Hassan has been on the forefront of cult awareness activism since 1976.

He is a Licensed Mental Health Counselor and is considered an expert on destructive mind control issues.
[Continue Reading...]

But for independent senator Nick Xenophon the weapons found during the raids are a chilling reminder that decisive action must be taken to prevent cults getting footholds in Australian society.
[Continue Reading...]

“The current laws that we have just don’t deal with issues of psychological manipulation, effectively brainwashing, the way that people are deceived into handing over their money to these cults,” he said.
[Continue Reading...]

He says legislation he introduced to the Senate last week would help flush out dangerous groups.

“If a cult cannot get tax-free status because of its activities then clearly that would make it more difficult for it to flourish and to expand,” he said.
[Continue Reading...]