You are here: Home | crossfit | Nobody joins a cult, but it is easy to get radicalized

Today’s edition contains stories about the Palmarian Catholic Church, how easily people get radicalised, and what IS jihadists have in mind for Europe’s cities. Also: tongue-in-cheek, How do Operating Thetans get in touch with eachother? And is Crossfit a religion? Finally: Religion News Blog’s new design.

Religious cult took our sister from us, says family

The Palmarian Catholic Church, a secretive Spanish cult is in the news.

The family of a Wexford pensioner, whose body lay undiscovered in her home for two months, believe the public should be vigilant to “the dangers of alternative faith-based groups, sects and cults“.[…]

A member of a group known as the ‘Palmarian Catholic Church’ – a highly secretive Spanish sect that broke away from the Catholic Church and has declared a series of its own ‘Popes’ – Bridget effectively was forced to cut herself off from her family when she became involved with the sect in the late 1970s, around the same time she returned to Ireland to look aft er her parents.[…]

Michael Garde, Director of Dialogue Ireland, an independent trust that works to promote awareness and understanding of new ‘religious’ movements and cultism in Ireland, told the Irish Independent: “We are regularly contacted by families who have seen a loved one lost to the Palmarian church. We are deeply concerned by the group and how it destroys families and isolates people, especially the elderly. There are also reports that the Palmarians are targeting younger people and students.”

Mr Garde said there have been many examples of Irish people adjoined to the Palmarians selling their homes, or leaving their property to the group in their wills, with proceeds going to the ‘church’ which has its headquarters in the remote Spanish town of Palmar de Troya, where it has a lavish basilica behind high walls.
“Groups like the Palmarians have undue influence on people, they remove the rational capacity for people to deal with things. In Ireland, these groups have left behind a trail of hundreds of people no longer connected to society.”

This website provides information and support to those affected by Palmar de Troya / Palmarian Church cult.


Earlier this month the New Zealand Herald published an article about Maria Hall, who was a nun in the Palmarian Catholic Church.

Established in the 1970s, after four young girls claimed to have seen a holy apparition on farmland near the village of Palmar de Troya, the Palmarian church has distanced itself from Rome; it’s created its own rites, liturgies and its own bible.

Ms Hall’s life within it was dominated by religious rituals, sleepless nights, punitive regimes and temperamental superiors. The daily routine was controlled by tolling bells, endlessly gruelling domestic tasks all done in the compulsory silence enforced outside of prayer or song. She slept in a tiny room, with a threadbare blanket on a wooden bed, wore ill-fitting hand-me down clothes and shoes and was cut off from friends, family and the rest of the outside world, with no television, radio, newspaper or telephone.

When her father and sister did one day make the trip across the world to visit her, she was only allowed to see them only twice in her ten minute breaks. “Many years later she [my sister] told me that she felt like I had died.” Eventually this thankless commitment eroded what was left of her once unfaltering faith. She left and was cast out of the convent with nothing but a plane ticket home, some money and a shoulder bag containing her bible, writing pad and passport.

At home, in New Zealand, Ms Hall had to “relearn” what it meant to be human.

, described as the true story of one woman’s journey from the sweeping coastlines of New Zealand to the barren plains of Southern Spain, from youthful hope to deep despair, and from sin to reparation.

If you want to dig deeper, check this research paper by Dr Magnus Lundberg of Uppsala University, Sweden.

The story of a radicalisation: ‘I was not thinking my thoughts. I was not myself’ 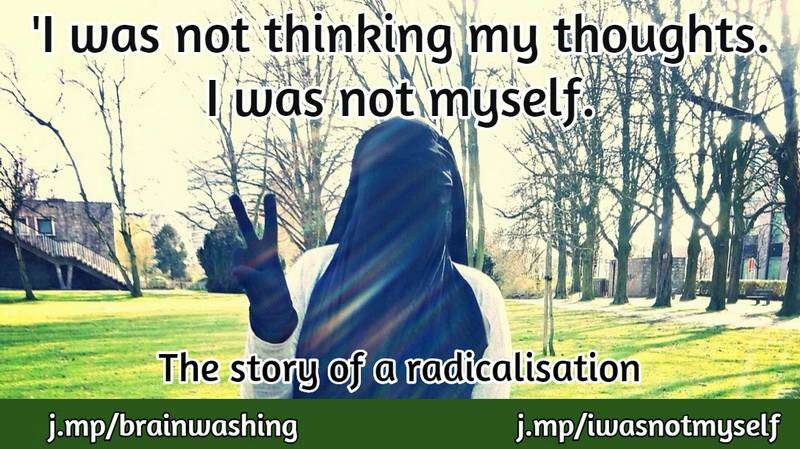 If you think you would not ever find yourself in a cult, consider these words:

Nobody joins a cult.

You join a self-help group, a religious movement, a political organization.

They change so gradually, by the time you realize you’re entrapped — and almost everybody does — you can’t figure a safe way back out.
– Deborah Layton, survivor of Jim Jones’ Peoples Temple cult

This story in The Guardian in a case in point. Maysa, a teenager from Brussels, was a music fan and a €˜ray of sunshine’ at school. But an encounter on social media had changed her within a year.

“I was so nearly there, just hours from leaving. I was there in my head: in Syria, with Islamic State,” the 18-year-old says. […]

Her parents are Muslims, but not rigorous. Maysa first donned a jilbab — a long and loose-fit coat or garment worn by some Muslim women who observe the Islamic dress code — after she had put on some weight.

After she posted a selfie wearing her new clothes on social media, she was contacted by another woman also in her late teens. They went shopping together, and some time later Maysa was introduced to a group of young women from a similar background to her own.

First the conversation was about Islam, and the failures of many so-called Muslims. Then about politics, and the worldwide persecution of Muslims. Then finally about Isis, and life in the new “caliphate”, and how good life was there. […]

“They told me how there was no crime and no discrimination in the Islamic State. They spoke about relations between men and women, and said that I would find a good husband, even if I would be one of several of his wives. They spoke about fighting the unbelievers and the heretics, but never mentioned any violence or executions or anything like that,” Maysa says.

Within weeks, her new friends provided Maysa with a cheap mobile phone with a pre-paid sim card and told her to keep it secret. It was on this phone that she was contacted, usually by text message, and told where and when the next meeting of the group would take place.

When the group told Maysa it was time to travel to Syria (they would help her, regardless of whether or not she had a passport), something held her back. “And then came the threats: if she did not travel with them, Maysa would be tracked down, her family and friends too, and the consequences would be terrible.”

Read the article, which also addresses the reason why parents and other family members usually don’t notice anything is wrong until much later.

What the Paris Attacks Tell Us about IS Strategy

The new jihadists have our cities in their sights, German news weekly Der Spiegel says.

The attacks on Charlie Hebdo in Paris and Copenhagen at the beginning of 2015 weren’t isolated cases, Peter Neumann, a professor of security studies at King’s College London, warned in his new book “The New Jihadists,” published in September in German. He believes what we have just witnessed are the “first, very dramatic warnings of what will play out on the streets of Europe in the next decades.” Europe, he cautions, is standing “at the precipice of a new wave of terror that will still occupy us for a generation to come.”

How much do you know about Jihad?

British film maker Louis Theroux — whose latest film is a feature length documentary entitled My Scientology Movie — used Twitter to contact John Sweeney, the BBC journalist and author know for, among other things, the Scientology and Me documentary.

@louistheroux As we're both Operating Thetans, you can just walk through my living room wall, surely?

Is Crossfit a religion? 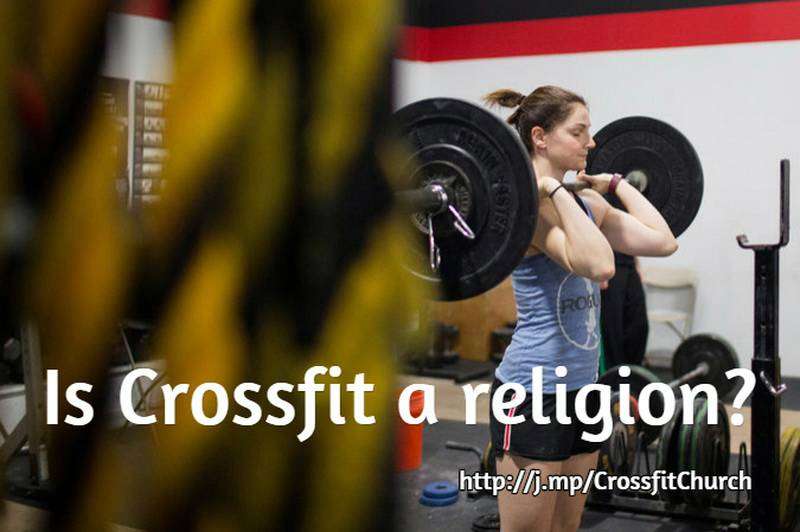 A for-profit gym franchise founded in 2000 that now has 13,000 licensed operators serving at least two million exercisers, CrossFit €” like television, sports fandom and health fads €” has become the focus of study by researchers trying to pinpoint what constitutes religiosity in America. […]

In an increasingly secular America, all sorts of activities and subcultures provide the meaning that in the past, at least as we imagine it, religious communities did.

“Skeptics might scoff that Crossfit is just a gym,” Mark Oppenheimer writes, but “[i]t is a culture that can produce effects more often associated with church.”

We encourage you to join 18,200+ others in following Religion News Blog’s Twitter Stream. On this website, though, we go beyond Twitters 140-characters limit.

This information was curated by Anton Hein, the founder of Religion News Blog.