After a Church of Scientology-backed group helped organize a campaign against it, Gov. Greg Abbott vetoed legislation that would have given Texas doctors more power to detain mentally ill and potentially dangerous patients, according to records obtained by The Texas Tribune.

The group in question is the Citizens Commission on Human Rights (CCHR) — a Scientology front group that fights against alleged abuses in psychiatry and psychology. (Yes, it’s an odd name. Scientology and human rights do not normally go hand in hand).

After all, Scientology hates psychiatry with a passion.

The cult’s primary goal is to “clear the planet” by “obliterating psychiatry.”

To normal people the organization is known as the destructive space-alien cult that teaches, promotes, and engages in quackery:

Here’s a site you’ll want to bookmark and use: What is Scientology?

In our view, CCHR is morally reprehensible — a dangerous hate group.

So here’s the moment more than 30 people, mostly women and children, made their way to freedom after escaping the IS barbarians who kidnapped them.

This footage — filmed in Northern Iraq — is part of Escape From ISIS, to be broadcast by the UK’s Channel 4, tonight at 10pm UK time.

In August 2014 the area was attacked by Isis, with the militants killing hundreds and capturing 3,000 Yazidi women and young girls.

Isis locked up their captors and forced many to convert to Islam; the kidnapping has been described as the largest of its kind this century.

We steadfastly refer to IS/Isis/Daesh members as barbarians. These depraved savages — who pretend to be Muslims — have no qualms committing the most horrendous crimes.

Last April Human Rights Watch released a report that documents how Isis has carried out systematic rape and other sexual violence against Yezidi women and girls.

“ISIS forces have committed organized rape, sexual assault, and other horrific crimes against Yezidi women and girls,” said Liesl Gerntholtz, women’s rights director at Human Rights Watch. “Those fortunate enough to have escaped need to be treated for the unimaginable trauma they endured.” 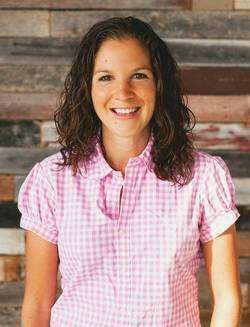 The news of Rodgers blessing committed, same-sex relationships has upset many evangelicals who have presented her as a model gay Christian. […]

The most critical portion of Rodgers statement wasn’t her affirmation of same-sex relationships but her condemnation of how the church treats celibacy.

“No matter how graciously it’s framed, that message tends to contribute to feelings of shame and alienation for gay Christians. It leaves folks feeling like love and acceptance are contingent upon them not-gay-marrying and not-falling-in-gay-love€¦. It’s hard to believe we’re actually wanted in our churches. It’s hard to believe the God who loves us actually likes us.”

Are you a Christian sharing fake news? Cut it out!

US Catholics at every level need to guard against “a tendency for complacency” toward the sexual abuse crisis says Deacon Bernie Nojadera, executive director of the Secretariat for Child and Youth Protection at the US Conference of Catholic Bishops:

“We have established procedures and policies, and we think that we have that in place,” he told Catholic News Service. “There might not be that ongoing mindfulness and certain small things might start to slide. They are not really paid attention to the way they should.”

We may add to this page throughout the day. Got an appetite for more right now? Join 16.600 people who enjoy our Religion News Twitter feed.