You are here: Home | facegloria | Brazilian Evangelicals set up a ‘sin free’ alternative to Facebook

A group of Evangelical Christians in Brazil have set up Facegloria — a sin-free version of Facebook, the Telegraph reports.

The service is patrolled by volunteers who prevent the posting of all-too-revealing selfies, 600 banned words, and anything related to homosexuality or, for that matter, the whole LGBT alphabet of lifestyles.

The paper notes that 42 million of Brazil’s 202 million people are estimated to be Evangelicals — and that the “fervent Protestant movement continues to make inroads into traditionally dominant Catholicism.” 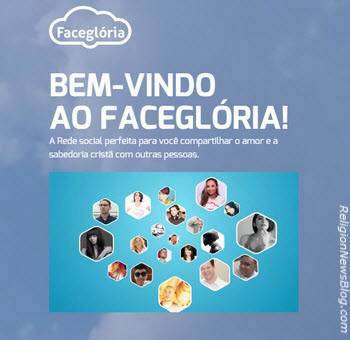 However Evangelicals, who numbered just six per cent of the population in 1980, are now 22 per cent, while the Catholic total has dropped from 90 per cent to 63 per cent.
At that rate, Evangelicals will become the majority by 2040 and Facegloria hopes to be riding the wave.

But the term ‘Evangelical’ is rather flexible and not clearly-defined. For instance, the Telegraph says that

the biggest-selling books in Brazil over the last two years have been autobiographical works by Edir Macedo, who founded the powerful Universal Church of the Kingdom of God in 1977, and owns the country’s third-biggest media group.


Macedo and his church are controversial, to say the least. Both have a seemingly insatiable appetite for money.

Many Christians consider the Universal Church of the Kingdom of God (Igreja Universal do Reino de Deus) to be theologically a cult of Christianity.

It promotes the teachings of the Word-Faith Movement, with a particular emphasis on the seed-faith doctrine.

According to this teaching God cannot bless you (with health and wealth) unless you ‘sow’ a seed of faith (yes, money — ‘donated’ to the church).

Perhaps Brazilia’s evangelicals have yet to find the story about Jesus and the money-changers.

Anyway, Facegloria has attracted 100,000 users in its first month, and the folks behind it expect to have 10 million users in Brazil in 2 years time. After that, the world.

Acir dos Santos, the mayor of Ferraz de Vasconcelos — and the person who provided the start-up capital — says there’s no limit.

“Our network is global. We have bought the Faceglory domain in English and in all possible languages. We want to take on Facebook and Twitter here and everywhere,” he said.