Founded in 1979, the International Cultic Studies Association (ICSA) is a global network of people concerned about psychological manipulation and abuse in cultic or high-demand groups, alternative movements, and other environments. ICSA is tax-exempt, supports civil liberties, and is not affiliated with any religious or commercial organizations. 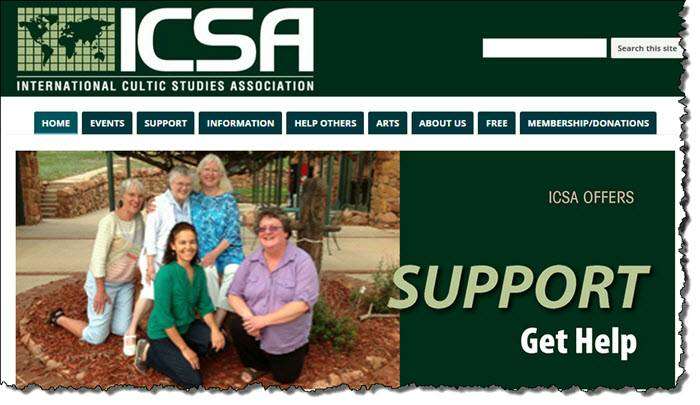 This conference will focus on the needs of former group members and families and will include a training track for mental health professionals.

Surviving and Moving On After a High-Demand Group Experience: A Workshop for Second-Generation Former Members (April 15-17, 2016) – Chester, CT

As increasing numbers of people born or raised in cultic movements have reached adulthood, the International Cultic Studies Association has developed a program that addresses their special needs. Two articles describe this program: (1) Lessons Learned from SGAs About Resiliency and Recovery (Leona Furnari and Rosanne Henry) and (2) My Perspective of Rosanne Henry and Leona Furnari’s Presentation to the Annual SGA Workshop (Patrick Rardin) describe this program. There is also a video on ICSA’s YouTube channel: “Born or Raised in Cultic Groups” with Lorna Goldberg and Leona Furnari.

Meeting annually since 2006, this workshop addresses the needs of SGAs (Second Generation Adults) through presentations by specialists and former members, including discussions in which attendees may participate according to their comfort levels. Special attention is paid to the need of SGAs for privacy, reflection, and working at their own pace.