The murder charge against a man who had confessed to killing the wife of his spiritual leader has been dropped.

Two years ago, Micah Moore — whose trial was scheduled for November 17 — told investigators he had suffocated Bethany Deaton, whose death had earlier been ruled a suicide.

After being charged with first-degree murder he recanted his testimony,

At the time Melanie Morgan, Moore’s lawyer, referred to her client’s confession as “bizarre, nonsensical and most importantly, untrue.”

They were statements of a distraught and confused young man under extreme psychological pressures as a result of his friend Bethany’s untimely suicide and the sudden removal of his spiritual leader, Tyler Deaton, from their extremely close-knit religious community.

The doctrines taught in that community affected Micah’s mental state and unfortunately dominated his thinking. Micah’s fiction to police led to the filing of the complaint in this case.

Earlier this week Morgan filed a motion to exclude Moore’s initial admission based on lack of corpus delicti — the legal principal that states there must be proof a crime was committed before anyone can be accused.

The motion outlined the circumstances surrounding Bethany Deaton’s suicide, events that led up to Micah Moore’s false confession, and the reasons why Moore’s confession could not have been true.

“My office concluded that we could not ethically continue to pursue the case given the current evidence against Micah Moore,” Jackson County Prosecutor Jean Peters Baker said Friday in a statement. “The duty of the prosecutor is to seek justice, not merely to convict.”

A park ranger had found Bethany Deaton’s body Oct. 30, 2012, in a vehicle at Longview Lake, a plastic bag over her head and a pill bottle and suicide note at her reach. A week earlier, she had been temporarily admitted to Truman Medical Center after threatening suicide.

Baker said that Moore’s DNA was not found on the bag and that handwriting analysis on the suicide note concluded she had written it. The religious practices of those involved also raised questions regarding their credibility and veracity.

Baker went on to say that Deaton’s death remains a great tragedy and that the decision to drop the charge against Moore was reached after consultation with the woman’s family.

Defense attorney Melanie Morgan said the dismissal marks the end of a stressful ordeal for Moore and his family. His confession three days after the funeral came, she said, as a “reactive psychotic episode” triggered by the suicide of his friend and the realization that he was part of a cult.

She thinks the decision to drop the charge could have come much sooner. […]

Baker said her office acted properly in filing the charge against Moore after he confessed to suffocating Deaton. She added that prosecutors will keep the case as an open investigation. 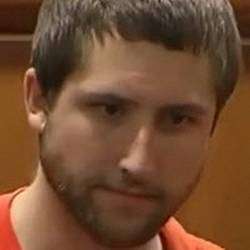 The group lived in a communal-type arrangement, with Tyler — whom acquaintances describe as both charismatic and domineering — controlling everything from how members spent their free time to when they were required to worship.

Two days after Bethany’s funeral, the church set up a meeting to help members of the prayer group, who had said Tyler Deaton had not allowed them to grieve Bethany’s death.

That meeting reportedly included what has been described as an “exorcism session,” which involved people “putting their hands on cult members, shouting at demons to leave and scream-praying in tongues, crying and falling to the floor.”

It was after this session that Micah Moore made his confession to two of the church’s leaders, whom he then asked to accompany him to the police station.