The rise in the number of reports is likely due to greater awareness among social workers, healthcare staff, teachers, pastors and others.

However, police believe many more cases are kept hidden in families and communities.

Parents, other guardians, and in several cases pastors and church members who believe a child is possessed often resort to physical abuse in order to try and get the spirits to leave.

New guidance has now been issued on how to spot children at risk of abuse linked to witchcraft.

On October 8, the Metropolitan Police Service and CCPAS, the Churches’ Child Protection Advisory Service, hosted a multi-agency event at London’s City Hall to raise awareness of child abuse linked to faith or belief.

Speaking ahead of the conference, Det Supt Terry Sharpe explained

“Abuse linked to belief is a horrific crime which is condemned by people of all cultures, communities and faiths.

“A number of high-profile investigations brought the issue of ritual abuse and witchcraft into the headlines but it is important that professionals are clear about the signs to look for.

“Families or carers genuinely believe that the victim has been completely taken over by the devil or an evil spirit, which is often supported by someone who within the community has portrayed themselves as an authority on faith and belief.

“Regardless of the beliefs of the abusers, child abuse is child abuse. Our role is to safeguard children, not challenge beliefs. We investigate crimes against children, but our main aim is to prevent abuse in the first place. This is a hidden crime and we can only prevent it by working in partnership with the community. Project Violet aims to build trust with communities and emphasise that child protection is everyone’s responsibility.”

A training film aimed at all front-line professionals who work with children was launched at the event. The DVD, commissioned by our Project Violet team in conjunction with CCPAS, advises how to recognise the signs that a child may be suffering, or is likely to suffer, significant harm from abuse linked to witchcraft and spirit possession.

According to CCPAS the training DVD will be made provided to Local Safeguarding Children Boards (LSCBs) so they may make it available to social workers and other front line staff. 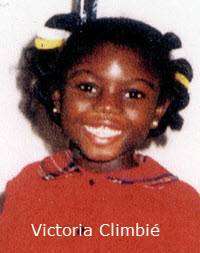 High-profile cases include Victoria Climbie, whose great-aunt and her boyfriend — along with their pastor — believed the girl was demon-possessed.

Beaten, burned with cigarettes and forced to sleep in a bathtub, the 8-year-old girl died in February, 2000 — with 128 injuries on her body.

In 2001 the headless, limbless body of a boy aged between five and six was found floating in the river Thames. 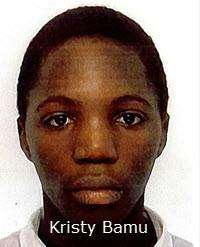 Evidence strongly suggests the boy was sacrificed in a Muti ritual.

In 2010, 15-year-old Kristy Bamu was tortured for three days by his sister and his boyfriend after being accused of witchcraft, and was subsequently drowned in a bathtub during an exorcism ritual.

In 2005 a leaked police report revealed that children are being trafficked into the country in order to be killed as human sacrifices:

A confidential report into the sacrifice and abuse of children at African churches describes how pastors are profiting from the trafficking of black boys into Britain.

Uncircumcised boys are being smuggled into the country for human sacrifice by fundamentalist sects whose members believe that their ritual killing will enhance spells.

Most reported cases involve what is known as “traditional witchcraft” as opposed to “contemporary witchcraft.”

The problem of children who are accused of witchcraft is not limited to England. But after several high-profile cases there is a greater awareness — and official response — that highlights such cases.

Immigration also plays a role in the rise of reports — as many immigrants bring along various beliefs and superstitions.

Many Christian churches in Africa are part of the problem as well — as traditional beliefs are mingled with Christian theology regarding demons and exorcism.

In 2009, the Associated Press reported

An increasing number of children in Africa accused of witchcraft by pastors and then tortured or killed, often by family members. Pastors were involved in half of 200 cases of “witch children” reviewed by the AP, and 13 churches were named in the case files.

Some of the churches involved are renegade local branches of international franchises. Their parishioners take literally the Biblical exhortation, “Thou shalt not suffer a witch to live.”

In 2010 UNICEF, the United Nations’ children’s charity, said that accusing children of sorcery was a fairly new and growing trend in Africa, despite long-held traditional and mystic beliefs on the continent.

Where previously elderly women were accused, today the focus more often falls on young children, often some of the most vulnerable, such as orphans, disabled or poor.

Throughout Africa, the vast majority of children accused of witchcraft are not murdered but — if torture has not helped remove the evil spirits — are expelled from their homes and communities.

Plan to Tackle Child Abuse Linked to Faith or Belief

In 2012 the National Action Plan to Tackle Child Abuse Linked to Faith or Belief was drawn up with faith leaders, charities, the police and social workers.

Child Abuse Linked to Accusations of Possession and Witchcraft — Eleanor Stobart, Dept. of Education and Skills

Not Spefically About Witchraft-Related Issues:

National Society for the Prevention of Cruelty to Children (NSPCC) response