The trial of Makoto Hirata, a former leading member of the deadly AUM Shinrikyo doomsday cult, has started in Tokyo District Court.

Prosecutors are seeking the death sentence for Hirata, who is charged for his involvement in the 1995 abduction and confinement of Kiyoshi Kariya, a notary official who later died after being injected with an anesthetic drug by AUM members.

Prosecutors say they used the anesthetics on Kariya to get him to talk about his sister, who escaped from the group after being pressed to donate her land.

He maintains he only drove the vehicle involved in the abduction, and claims he did not have prior knowledge of the intent to kidnap Kariya.

Hirata also charged with involvement in the firebombing of a Tokyo condominium.

Prosecutors say the bombing was meant to prevent the place from being raided by the police. 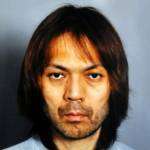 Hirata’s lawyers say he got interested in spirituality as a result of his disillusionment with bubble-era Japan’s dogged pursuit of economic gain.

They explain that, just like AUM Shinrikyo’s other members, Hirata was so fascinated with charisma of AUM Shinrikyo leader Shoko Asahara that he eventually decided total submission to the guru was the only way to attain peace of mind.1

Seven AUM members who are on death-row — including Yoshihiro Inoue, Tomomasa Nakagawa, and Yasuo Hayashi — have been summoned to testify during the trial.

Six months after Hirata turned himself in, the last two ex-AUM members on the Japan’s most wanted list, Naoko Kikuchi, 42, and Katsuya Takahashi, 55, were arrested separately in June 2012.

AUM Shinrikyo’s many victims hope the trials of these last three cult members will bring closure.

Meanwhile cult experts hope the trial will raise awareness of the potential dangers of joining cults.

The crimes of AUM Shinrikyo

During rush hour, On the morning of March 20, 1995, members of AUM Shinrikyo launched a deadly sarin gas attack on the Tokyo subway system.

13 people died, and 6,373 people needed hospital treatment. The attack was part of a 2

In January 2,000 Aum Shinrikyo changed its name to Aleph.

The cult remains under surveillance, as does an offshoot named Hikari no Wa, which was established in 2007.

Membership in Aleph and other AUM Shinrikyo splintergroups has been growing in recent years, according to police and public security authorities.

Many of the cult members remain loyal to Shoko Asahara.

A number of scholars who study what they term ‘new- or alternative religions’ actually came to AUM Shinrikyo’s defense.