Orval, a Trappist beer considered one of the world’s most popular brews, is in huge demand by beer aficionados around the world.

Yet brewed in small quantities at the Abbey of Notre Dame d’Orval, Belgium, it’s relatively difficult to find. And the situation may get worse — due to a scarcity of monks.

For a beer to earn the ‘Authentic Trappist Product’ label, it must be brewed within the walls of a Trappist monastery, either by the monks themselves or under their supervision.

Trappists and Trappistines are monks and nuns of the Order of Cistercians of the Strict Observance — a Roman Catholic religious order of cloistered contemplative monastics who follow the Rule of St. Benedict.

One of St. Benedict’s rules states “for then are they monks in truth, if they live by the work of their hands.” Therefore the 170 Trappist monasteries around the world produce goods — such as cheese, bread, preserves, clothes, cosmetics, candles, furniture and beer — which are sold commercially in support of their cloistered communities. Any excess income is distributed to charities and other good causes.

But in a reflection of the global crisis facing the Catholic church, the number of monks at the Abbey of Notre Dame d’Orval has steadily dwindled from 35 — 25 years ago — to just 12 today.

And though demand for Orval is vastly exceeding supply, there just aren’t enough monks to increase production.

The order is of course inviting aspiring monks to get acquainted, but this is not just a matter of filling a vacancy.

Brother Bernard, responsible for hospitality, says those who believe they have a vocation are invited to stay at the Abbey’s inn for a few days.

If the guest thinks the lifestyle suits him, he is invited to participate in the community for one month. This is followed by a five year probation period, at the end of which — after a thorough evaluation of the candidate’s motivation, participation and psychological state — he may become a monk.

Mind you, the mere involvement of a Trappist monk is not enough for a beer to obtain the official Trappist designation. There are other criteria as well:

In other words, brewing and selling beer should not become the prime focus of monastic life.

The conditions are set by the International Trappist Organization (ITO) in Brussels.

Nine of them are brewed in Belgium; two (La Trappe and Zundert) in the Netherlands and one, Spencer, in the United States of America.

Of these, Spencer — brewed at the brewery of Saint Joseph Abbey in Spencer, Massachusetts — is the newest Trappist beer.

Though none of the beer has sold yet, the brewery (SpencerBrewery.com — not yet online) has released an image of a label which reads: Spencer Trappist Ale: Pair with Family and Friends. 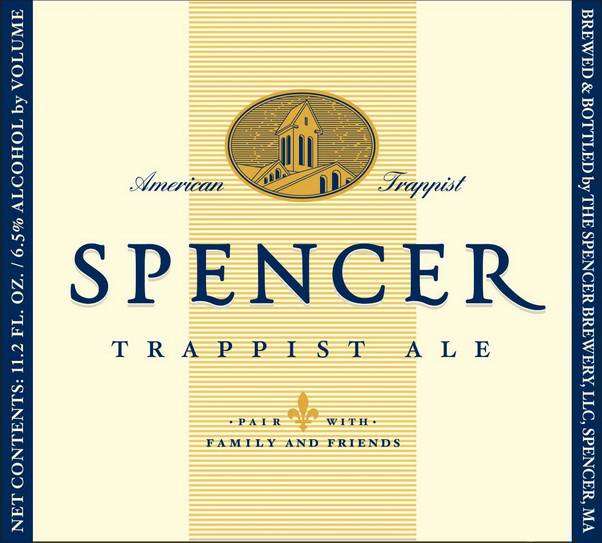 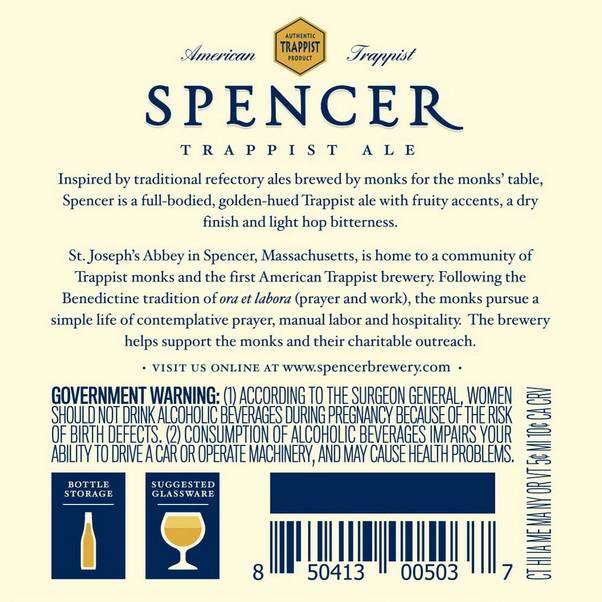