You are here: Home | FLDS | Is ‘Breaking the Faith’ real or fake? The FLDS cult under scrutiny

Theologically a sect of the Mormon Church1, sociologically the FLDS — controlled with an iron fist by its jailed ‘prophet’, along with his brothers — is a high-demand, high-control, destructive cult. 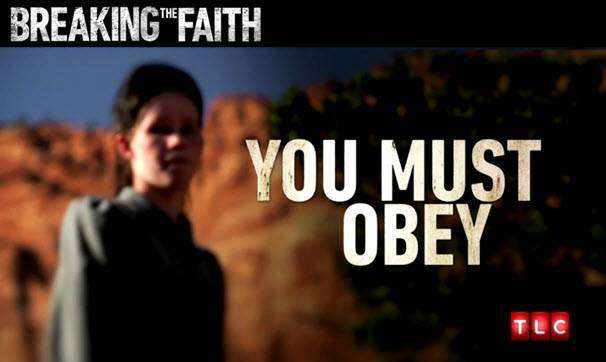 Following criticism of its Breaking Amish reality series, the TLC television network has been careful not to refer to Breaking the Faith as a ‘documentary’, a ‘true story’ or a ‘reality show’. And with good reason.

But as pop culture blog Starcasm.net points out, while the storyline is “apparently fake’ and scripted, the show’s cast members are actual former FLDS men and women.

“[T]here’s no reason to think producers won’t try to be accurate in their portrayal of the lives of young men and women before and after leaving the FLDS.”

If anything, those who watch the show will likely learn a lot about the polygamous cult.

Those who are unfamiliar with the FLDS will be shocked to discover what has been taking place — and is still going on — under the cover of ‘religious freedom.’

Meanwhile, the Tumblr blog, The principle- politics r us, provides some inside details about the show’s characters.

In December, TLC premieres a second series that focuses on the FLDS. Escaping the Prophet “follows ex-FLDS member Flora Jessop on her mission to take down one of the most reportedly dangerous polygamist cults in America.”


Jessop, the author of Church of Lies, is a social activist who works closely with law enforcement to help rescue runaways and other FLDS victims.

In her book she recounts how she was held captive and was abused before being able to flee the cult.

She also writes about how in 2001 her sister Ruby Jessop was married, at the age of 14, against her will to her second cousin and step-brother who was then in his mid-20s.

Three weeks after the wedding, officiated by Warren Jeffs — the cult’s now-jailed ‘prophet’, Ruby escaped but was soon tricked back into the cult.

But early this year, Ruby again escaped — this time with her children:

One more FLDS item: Rebecca Musser is a widow of the late FLDS ‘prophet’ Rulon Jeffs. She was 19 years old when she was forced to marry the then 85-year old FLDS leader — who eventually ended up with some 60 wives.

Rulon Jeffs died in September, 2002, and was succeeded — after a power struggle — by his son Warren Jeffs, the sick-minded dictator who changed the polygamous sect into an even more destructive cult by introducing increasingly restrictive doctrines, and by ruling his followers with an iron fist.

Once, when Musser resisted Rulon’s sexual advances, Warren Jeffs threatened that she would be ‘destroyed in the flesh‘ if she ever turned his father down again.

Upon his installment as the sect’s president, Warren told Musser that he would marry her off within a week. But had other plans, and fled Jeff’s walled and guarded compound.

After her escape she went on to speak out about the abuses she and others suffered within the cult.

He was indicted for doing so, but he went into hiding and became a fugitive.

The FBI joined the search and placed Jeffs on the Top 10 Most Wanted list.


Jeffs was arrested in August, 2006 during a traffic stop. He was travelling in the back seat of a red Cadillac, wearing cargo shorts and a short-sleeved cotton T-shirt. According the Jeff’s own rules — which he claims were dictated to him by Jesus Christ — FLDS members were forbidden from wearing short, short-sleeved T-shirts, or having anything with the color red (which was deemed ‘too sensual’.

In September, 2007, Jeffs was found guilty of two counts of being an accomplice to rape.

He was sentenced two consecutive terms of five years to life in prison. But his conviction was overturned on a technicality.

When he went on trial, in July, 2011, Rebeca Musser ended up testifying against him a total of 20 times, helping prosecutors to win 11 convictions against him.

Jeffs was sentenced to life in prison plus 20 years.

During one of her appearances on the witness stand, Rebecca Musser wore a red, sleeveless dress.

This post was written by Anton Hein, who has been studying religious cults and sect for 40+ years.