Herbert and Catherine Schaible, charged with third degree murder in the faith healing death of their 8-month old son, have lost their bid to have those charges dismissed.

Brandon Scott Schaible died in the family’s home April 18 from bacterial pneumonia and dehydration after the parents withheld medical care.

They were still on probation in the 2009 death of their 2-year-old son, Kent. 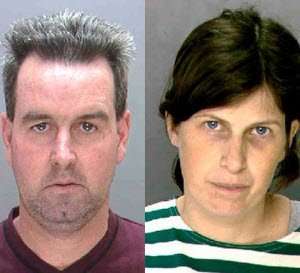 In 2011 Herbert and Catherine Schaible promised a judge that they would never again choose religion over medicine, before they were sentenced to 10 years probation.

Convicted of involuntary manslaughter, they had each originally faced more than 10 years in prison.

Under the terms of their probation their remaining children were to receive regular medical checkups, while probation officers had access to their medical records.

However, the Schaibles are members of the First Century Gospel Church in Northern Philadelphia — theologically a cult of Christianity which teaches that “it is a definite sin to trust in medical help and pills” and claims that a person’s salvation depends on trusting God to heal without medical help or medicine.

Former members refer to the church as a “cult,” and say that death surrounded them.

Prosecutors and the judge in the case point out that they Schaibles knowingly and willingly broke their probation promises.

Lerner reminded Hoof that the Schaibles’ probation required them to get medical care for their children for illness or injury.

“They promised never to let something like this happen again,” Lerner said. “But when push came to shove, they prayed, with no more attention to that promise than a puff of air.”

Herbert Schaible remains jailed pending the trial, while his wife was recently released on bail. She is under house arrest at her parents’ home.

The couple’s seven surviving children, ages about 8 to 17, have been in foster care since Brandon died. They have received court-ordered medical examinations and any needed immunizations.

They each face a possible sentence of 40 years in prison if convicted of third-degree murder and 10 years for involuntary manslaughter.

They also face five to ten years in prison for violating the terms of their 10-year probation in the death of Kent Schaible.