You are here: Home | Family Radio | End is near for false prophet’s radio network

His end of the world predictions set for May 21, 2011 and later October 21, 2011 (as well as a series of earlier dates) all fizzled out, but not before countless of his gullible followers sold or gave away everything they owned. 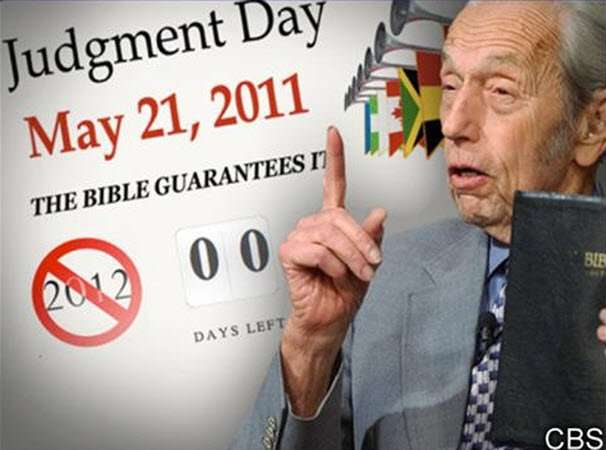 Camping, whose un-biblical theology marks him as a heretic of Christianity, was able to preach his message throughout the world via his non-profit Family Radio Network.1

The Contra Costa Times enumerates the financial indicators, and says

Former and current insiders allege the situation may be even worse than it appears, claiming donations have dropped almost 70 percent since the Rapture prediction proved incorrect, leading to numerous layoffs of longtime Family Radio staff members.

Those insiders say the nonprofit mishandled the sales of the stations, reaping far less than they were worth, and is on the hook for millions of dollars to devotees who have loaned them money over the years.

Since the failed prediction, at least two letters have been sent to the California Attorney General’s Office requesting an investigation into the station sales and Family Radio’s handling of donations. The office does not confirm or deny investigations.

The paper quotes Matt Tuter — Camping’s longtime right-hand man, who was fired last year — as saying, “You eliminate those three (FM stations) and, ultimately, the rest of it dies. I believe they are killing it off.”

Not everyone believes the network is headed for its demise. The paper quotes a current board member who claims that, like everyone else, the stations are hurting in the slow-to-rebound economy.

Despite its owners’ record of false teachings and false prophecies the network also still has its devoted listeners who, the paper says, “hope Family Radio will return to its pre-Rapture roots as a more mainstream religious radio network.”

North Miami voters go to the polls today to elect a mayor. And according to one candidate, the outcome should be clear. 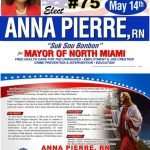 Pierre, a registered nurse who sings the Creole language hit Suk Su Bon Bon (“Sugar on my Cookie”), said Jesus reassured her that she can overcome all obstacles placed in her way.2

In his dissertation Clerics of the Jihad, Rich Nielsen, a doctoral student at Harvard University, concludes that Muslim preachers with poor networks are much more likely to preach extremism.

The Chronicle of Higher Education quotes him as saying

“Jihadi ideology is often perceived to be the result of immutable, irreconcilable conflicts between fundamentalist Islamism and Western society,” he writes. “But my findings suggest that this interpretation, while rhetorically convenient for actors on both sides, is mostly false.”

Though terrorism experts are said to doubt his conclusions, policy makers and other political scientists are paying attention.

If clerics are indeed swayed by professional incentives, the publication notes, governments might find employment opportunities more effective than prison in their efforts to combat radicalism among Muslim clergy.

Speaking of ‘radicalism,’ Muslims in Australia will have to take note of the fact that criminal behavior is not tolerated in that country.

Part of the worldwide protests that followed the publishing last September on YouTube of anti-Islam film Innocence of Muslims, the Sept. 15 riot turned Sydney’s central business district into a war zone where Muslim protesters attacked police, destroyed public property and carried placards reading “Behead all those who insult the Prophet.”

Freedom of speech is one thing, but this kind of religious insanity should not be tolerated anywhere in the world. Muslims who behave this way have turned their religion into a hate group that makes a joke of the claims that Islam is a religion of peace.3

TIME reports that a 26-year-old Australian man, plumber Mahmoud Eid, became the first of 12 defendants to be jailed over the affray.

On handing Eid the maximum sentence for kicking a police dog and pushing a female police officer, New South Wales deputy chief magistrate Jane Culver said she would have locked him up for longer if the law allowed it.

The hate criminal was sentenced to four years and one month in prison.