A man who confessed to the murder of a woman whose death had initially been considered a suicide, made up the story his defense attorney claimed in court on Wednesday.

Micah Moore (23), of Kansas City, turned himself in to police earlier this month.

In the probable cause statement, Moore claimed he killed Bethany Ann Deaton, 27, saying that his spiritual leader, Deaton’s husband, instructed him to do so.

Deaton was found dead in the backseat of a van on October 30, at Longview Lake in Kansas City, Missouri. Near her body police found an empty bottle of Acetaminophen PM along with a suicide note.

According to the Kansas City Star

Authorities concluded that she had killed herself. Tyler Deaton spoke at a service for her Nov. 6 in Kansas City. A second funeral was held Nov. 9 in Arlington, Texas.

That was the day Moore went to Grandview police. He told detectives that he was with Bethany Deaton at Longview Lake and that he “placed a bag over her head and held it there until her body shook,” according to a detective’s statement.

In his confession Moore stated that he, along with several other man, lived in a spiritual community together with Tyler and Bethany Deaton. He told investigators that he and several other males had sexually assaulted Bethany Deaton over the last few months after giving her Soroque, a prescription anti-psychotic drug.

In the same statement Moore claimed that Tyle Deaton, the group’s “spiritual leader,” was involved in sexual relationships with several of the men.

Moore said he killed the woman because the men were afraid she would tell her therapist about the assaults.

Moore’s lawyer, Melanie Morgan, recanted the confession on Wednesday, saying it was “bizarre, nonsensical and most importantly, untrue.” She said the confession was fiction born from a fragile mental state. 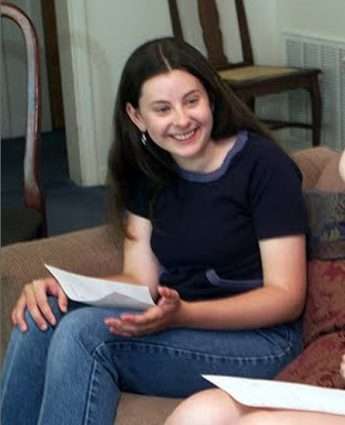 Bethany Ann Deaton (Courtesy of the Fort Worth Star-Telegram)

Wednesday afternoon, prosecutors asked the judge for a continuance so they could seek an indictment.Â  A grand jury will likely be convened to consider whether Moore should be indicted for Bethany’s murder.

Prosecutors would prefer an indictment so they do not have to present their evidence in court.

After the hearing Moore’s attorneys released a statement:

The purpose of today’s scheduled preliminary hearing was to determine whether there was probable cause to believe a crime had been committed and whether there is cause of believe that Micah Moore was somehow involved. We are aware of no evidence that a crime has occurred — the facts suggest Bethany Deaton’s death was an unfortunate suicide and Micah Moore had nothing to do with that suicide.

Driven to the police station by representatives of his church community, Micah told a fictional account that was bizarre, nonsensical and most importantly, untrue.

They were statements of a distraught and confused young man under extreme psychological pressures as a result of his friend Bethany’s untimely suicide and the sudden removal of his spiritual leader, Tyler Deaton, from their extremely close-knit religious community.

The doctrines taught in that community affected Micah’s mental state and unfortunately dominated his thinking. Micah’s fiction to police led to the filing of the complaint in this case.

We trust the local authorities will focus their investigation equally into disproving Micah’s story as much as they would be inclined to try to substantiate it. In the end, the truth will show that Micah Moore is innocent.
– Source: Morgan Pilate LLC

Moore and the Deatons were members of the International House of Prayer — a controversial ‘charismatic Christian’ organization based in Kansas City, Missouri.

The church has tried to distance itself from those involved in the case.

The International House of Prayer is associated with religious figures whose doctrines and practices tend to vary from those of normative, Biblical Christianity.

The church and its university are not implicated in the crime, but various people have raised concerns about possibly cult-like elements within the church movement.

Members of Deaton’s group, who found each other at Southwestern University in Georgetown, Texas, had migrated to Kansas City to participate in the International House of Prayer, an “end times”-focused evangelical mission base that has drawn thousands of young people from all over the world. […]

Deaton has not been charged in his wife’s death. Jackson County Prosecutor Jean Peters Baker has said he and others in the group are under investigation.

Church tries to distance itself from murder victim’s husband

Research resources on the International House of Prayer