ReligionNewsBlog.com — The Church of Scientology in Amsterdam says it will take steps against a Dutch tax authorities decision that closed a loophole which allowed members to give tax-deductible donations to the organization.

Yesterday the Tax and Customs Administration announced that Nabesa, one of the church’s front groups, has lost its status as a public benefit organization. 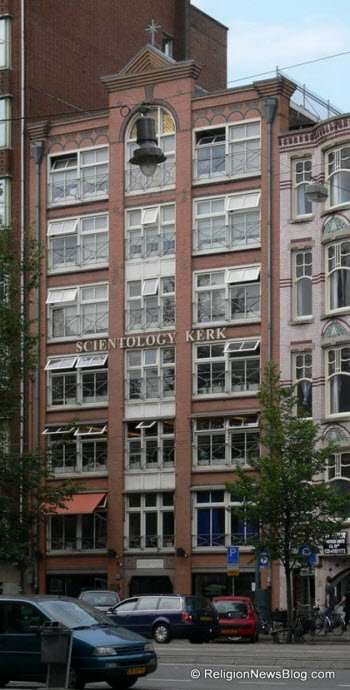 In the Netherlands the Church of Scientology is not considered a charity or public benefit organization, and therefore donations made directly to the organization are not tax deductible.

Last March, local newspaper Het Parool reported that the Church of Scientology was using a loophole to collect tax-deductible donations earmarked for one of it’s so-called ‘Ideal Orgs.’

In an internal letter cited by the newspaper the organization encouraged Scientologists to donate money not to the church directly, but rather to NaBeSa (an abbreviation for ‘To a Better Society), a Scientology-related foundation that had non-profit status.

The report led members of the Netherlands’ House of Representatives to ask questions of State Secretary for Finance, Frans Weekers, regarding tax deductions on financial donations given to the Church of Scientology via its subsidiaries.

After and investigation by the Tax and Customs Administration, Nabesa was removed from the recognized charities list on July 19. Reportedly the decision is retroative to January 1, 2008 — the date the ANBI status came into force.

As a result the Church of Scientology Amsterdam, as well as Scientologists who donated money via Nabesa, will receive additional assessments.

“Every other church is a charity, why not us?” wonders Merel Remmerswaal, who works in the External Affairs department of the Scientology Kerk Amsterdam, telling Dutch newspaper Trouw, “We strive for a better society. Look at our anti-drug program.”

Dutch newspaper Nederlands Dagblad this week noted that ‘among others’ Narconon, and Weg naar het Geluk (the Dutch version of Scientology’s ironically-named Way to Happiness Foundation) — both Scientology front groups — each have a ‘public benefit organization’ status.

According to the paper tax authorities refuse to divulge whether these foundations are also being investigated.

Narconon, which essentially practices the quackery thought up by Scientology founder L. Ron Hubbard, is under fire in several countries.

Remmerswaal told Trouw the church is going to takes steps against the decision by the Tax and Customs Administration, but did not divulge what those steps entail.

In its article Trouw says the question is whether Scientology would be able to make any legal headway. In 1985, the Supreme Court of the Netherlands ruled hat course fees and donations are not deductible. In 2003 the Supreme Court reiterated that decision, noting that Scientology uses ‘more or less commercial tariffs.’

‘Even merely taking into account the sheer height of the course fees indicates a commercial purpose,’ the Tax and Customs Administration told the church ten years ago.

In other words, says Trouw, the organization serves a private interest and has too high a commercial content. There is therefore no indication that it serves a public interest.

“It is still questionable appeal still makes sense,” says a spokesman for the Tax and Customs Administration. ‘The Supreme Court is the highest judicial office of our country. If you disagree with a decision, you have basically only one option: the European Court of Human Rights in Strasbourg.’

But, says the paper, it remains to be seen whether the Supreme Court ruling can be applied to the current issue. The Tax and Customs Administration is yet to make a pronouncement in that regard.

‘This is a complex legal issue,’ says the spokesman. ‘There is a good chance that this is a new case. If that is so Scientology can file an appeal and attempt to demonstrate that its foundation does serve a public interest. After that it can appeal two more times, and eventually it goes by to the Supreme Court. In that case we’ll be busy for quite some time.’