You are here: Home | Column: Sightings | Should the Devout Be Excluded from Politics?

In his April 1 “Brainstorm” blog post in The Chronicle of Higher Education, University of Washington professor of psychology David Barash offered a “modest proposal”: “Indeed, I propose that it is high time for the electorate to reject anyone who is strenuously devout.” The substance of the post is a poor attempt at re-inventing the wheel when it comes to arguing that the proper relationship between religion and politics is no relationship at all.

Barash asserts (and nowhere offers a reasoned argument) that religiously devout people have no business getting involved in politics. Given the auspicious date of the post, and the “modest proposal” reference, I cautiously fired off an email, asking if, perhaps, this was meant as a joke, or a satire of some sort. Although he was very kind to respond—and quickly—the answer was troubling: “A bit of tongue-in-cheek, but simultaneously serious.” 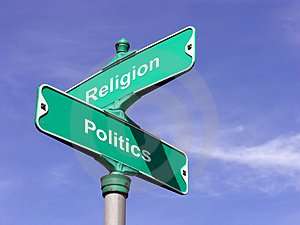 A bit? What he zeroed in on as “evidence” for his proposal is revealing. He first mentions a commander of the Spanish Armada who, in 1588, “reasoned” (his quotes) that he and his ship were setting sail with the will of God on their side—an early instance of “faith-based foreign policy.” What Barash fails to consider about this reference is perhaps too obvious to mention: the sixteenth century was a very different world. It was perfectly “reasonable” at the time not only to be a religious believer, but to believe that you are on the right side of the divine plan. More to the point, the implication of his use of scare quotes around “reasoned” is that religion and reason are mutually exclusive. In the vein of David Hume, the eighteenth-century Scottish philosopher, Barash seems to hold that if you are religious then, by definition, you cannot be reasonable, and that the only rational thing to do is to divest oneself of religious beliefs.

Barash then jumps ahead to 9/11, and warns of the catastrophic results of George W. Bush’s “faith-based” policy, rooted in his conviction that he was “acting on God’s will” by invading Iraq. Not only was 9/11 a dramatic example of why religion and politics don’t mix from our end, but he also points to “Islamic jihadists” as further proof. While I am in no wise jumping to the defense of Bush’s foreign policy, this provocative and polemical example illustrates the numerous unfounded assumptions and confusions that provide the scaffolding of Barash’s claims.

Barash seems to assume that there are only two logical options: religion as completely separate from politics, and politics as religiously partial—that is, political decisions made primarily on the basis of one’s religious beliefs. There is, of course, a third option, namely that political decisions may be informed by one’s religious convictions, just as they are informed by any number of other things that comprise who one is as an individual. Following close on the heels of this assumption is another: Barash seems to elide the important difference between informing as just one contributing factor and justifying something solely on the basis of. What he seems to take issue with—and I would argue, rightly—is what he takes to be (some) politicians’ final justification for a political decision on the basis of their religion, such that the claims or assertions of one’s religion are taken as self-justifying.

Now we get to the heart of the matter, the old “public v. private” chestnut. Barash’s case seems fundamentally based on the premise that the public sphere of politics is the realm of rational discourse, and religion, being a private matter of individual conscience, is not open to rational debate or argument. I take no issue with the implicit premise that politics is part of the public forum, and that rational discussion is requisite for admission to that realm. However, Barash denies that religious beliefs are open to rational debate, and he makes this point quite clear: what he wants in a politician is “someone whose views are reason- and reality-based, founded on good, hard thought instead of theological doctrine[.] Instead of someone who prays, what about someone who thinks?” What this quote shows is not only that prayer and theological doctrine are antithetical to reason and thinking, but also that religion is not remotely “reality-based.”

There seem to be more assumptions curled up in here that I could unpack such as his implicit, narrow definition of “reason” as solely scientific-empirical and instrumental-technological; his tacit claim that because religion is false, religious belief is irrational (thereby begging the question against religion from the outset); and lumping all religions of the world together as presumably being theistic, fundamentalist and absolutist.

While not all people (religious or otherwise) think that religion is open to rational argumentation, such a perspective is crucial to making the case that religion is not inherently antithetical to politics; rather, pursuing rational debate about one’s religious beliefs and their consequences is required. Just as rational public discourse requires the disestablishment of religion, this same disestablishment in turn requires that religion retain access to the sphere of public argument. Rather than, as Barash says, there being “not enough” prejudice against the “overtly” religious in politics, my own “hope of a miracle” is that otherwise intelligent members of the public, such as himself, will remember the principles of the Enlightenment that guided this country’s founders (who themselves saw religion as a thorough-going rational affair): above all else, tolerance.

References
David Barash, “A Modest Proposal ‘in the Confident Hope of a Miracle,'” The Chronicle of Higher Education, April 1, 2011.

Megan Doherty holds a PhD in the philosophy of religions from the University of Chicago, where she was the 2010-2011 Alma Wilson Lecturer in Religious Studies.