Calls by Queensland retailers to ban religious head coverings in banks and shopping centres have been branded “immature and xenophobic”. 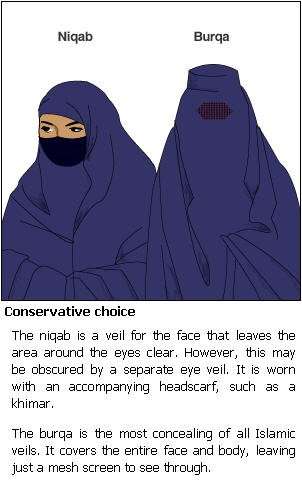 “What these folks have done in Brisbane is to promote uncertainty and suspicion about everyone who wears a burqa,” Mr Evans said. “It sends the wrong message to the whole community.”

On Thursday the Queensland Retailers Association executive director Scott Driscoll said the Muslim face veil – along with helmets, hoodies, baseball caps and sunglasses – could be used by people of criminal intent to disguise themselves and they should have to be removed as a condition of entry.

His comments followed controversial remarks by a Brisbane radio announcer who said people who wear burqas in public should be fined for offensive behaviour.
[…]

Mr Driscoll now says he recognises that law-abiding Muslim women in traditional head coverings do not pose a security threat.

“Our challenge will be to strike a balance between respecting those law-abiding Muslim women … and guarding against undesirable elements … using the same clothing as a direct means of obscuring their identity in the execution of criminal activity,” he said.