You are here: Home | Amsterdam | Dutch church set up as a haven for smokers

Church set up as a haven for smokers

Dutch smokers are flocking to a religious movement known as “The Only and Universal Smokers Church of God” following a ban on tobacco smoking indoors.

Michiel Eijsbouts, founder and “Smokelighter” of the church he founded in 2001, has insisted that the Dutch smoking ban in place does not apply to members of his church under national and European human rights legislation.

“We think we have all the marks of a religion,” he said.

Church members receive a card, for a fee of £3, to prove their religious denomination as a “Holy Smoker” to the authorities.

Believers sign up to a creed asserting a trinity of smoke, fire and ash. In terms of holy rites their god is honoured by smoking.
[…] 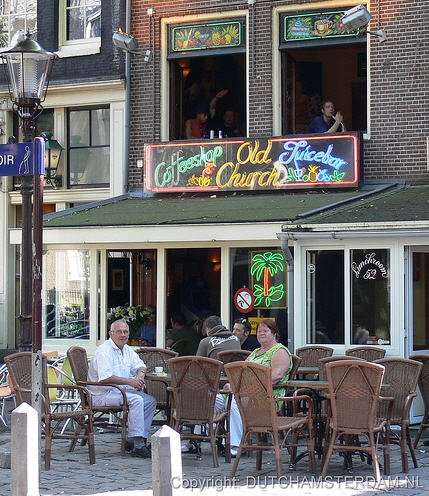 Smoking has been banned in Dutch bars since July 1 and over 100 cafe’s have applied to the Church so as to be counted as religious institutions.
[…]

A spokeswoman for the Dutch health ministry said: “Whether they call it church or not, it is still a bar or cafe’ and smoking is still prohibited.”

From the Only in Holland department…

On July 1, 2008, a smoking ban came into effect in all horeca (hotel, restaurant, and catering) businesses in the Netherlands.

The smoking ban also extends to other indoor businesses, including airports, shopping malls, cinemas, sports arenas (but not while a retractable roof is open), discos, nightclubs, other music venues, and so on.

‘Coffee shops’ — those Dutch establishments where you primarily go in order to use cannabis — are subject to the same law as well.

However… the smoking ban only applies to tobacco.

Hence you may still smoke Cannabis in Holland’s famous coffee shops. Just don’t even think about cutting it with tobacco (which, after all, is extremely bad for your health).