March 5 (Bloomberg) — Three years after Theo van Gogh was murdered in Amsterdam for making a film critical of Islam, the Netherlands is embroiled in another row over religion.

Nationalist lawmaker Geert Wilders plans to release a short film called “Fitna” this month, in which he links verses from the Koran to violence. Dutch Foreign Minister Maxime Verhagen has called for Wilders to scrap the movie after protests in Afghanistan, Pakistan and Iran. 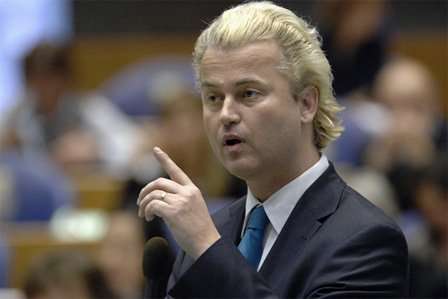 The worst ethnic violence in the Netherlands since the end of World War II erupted in November 2004 after Van Gogh was shot and stabbed by Mohammed Bouyeri, a Dutchman of Moroccan descent. Muslim schools and mosques were torched in the days after the murder. As recently as October, racial tensions prompted youths to fight with police and set cars on fire in Amsterdam.

The film “is very, very dangerous and can lead to war between Dutchmen and with other countries,” said Mohammed Bichiri, 62, who moved to Amsterdam from Morocco 37 years ago. “It’s a threat to all Dutch people. That means also to us.”

The furor follows protests last month in the Gaza Strip and violence in Copenhagen after Danish newspapers printed cartoons depicting the prophet Mohammed.

The film may carry “grave risks” to citizens abroad, Prime Minister Jan Peter Balkenende said at a Feb. 29 press conference. “It is our responsibility to point out to Mr. Wilders the possible consequences of his deeds,” Balkenende said. “Freedom doesn’t relieve anyone of responsibility.”

Van Gogh released “Submission,” a short film he made with former parliamentarian Ayaan Hirsi Ali about the oppression of Muslim women, months before his murder. Somali-born Hirsi Ali received death threats for writing the script. In 2006, a political row over Hirsi Ali’s right to Dutch citizenship brought down the government. She quit her job as a member of the Dutch parliament and then left the country.

“That is the last thing we want, but it is no reason not to make this film,” Wilders said in an interview in January. He didn’t return calls seeking further comment for this story.

Wilders, who sports a bleached blond bouffant haircut, has campaigned against immigrants and Muslim culture since he left the Liberal Party in 2004 to found his own political organization. His Freedom Party currently has 9 of the 150 seats in parliament and would have 14 if elections were held today, according to a Feb. 29 Interview NSS poll.

The politician called the Koran a “fascist” book in an August editorial and said it should be banned.

His movie has already sparked anger in Muslim countries including Iran, Egypt and Pakistan. Iranian Justice Minister Gholam-Hossein Elham asked the Netherlands to ban the film. Hundreds of people protested the picture at the Dutch embassy in Indonesia and Pakistan briefly blocked access to Google Inc.’s YouTube site because of reports of a trailer for the film.

“If we ban Wilders’ film we give up our intellectual freedom and that would be nothing less than a betrayal of our most fundamental principles,” said Gabriel van den Brink, a professor of public policy at the University of Tilburg.

Our view: Europeans – and indeed free people everywhere – should stand up against the Islamic oppression. Europe is not Islamic, and Europe should not sacrifice its culture and values, including freedom of speech, to a people who – in the name of Islam – use any and every opportunity to stage violent protests, issue death threaths, destroy property, murder, and commit other acts of terrorism.

Three-quarters of people in the Netherlands fear the Wilders film will worsen the relationship between Muslims and non- Muslims, according to a poll of 600 people by TNS Nipo and broadcaster RTL released Feb 29. Sixty-six percent expect boycotts of Dutch goods because of the film, according to the poll, which had a margin of error between 3 and 4 percent. Five percent of the population of 16 million people is Muslim.

“It’s beyond dispute that the damage to Dutch businesses as a result of the Wilders film will be sizeable,” said Jan Kamminga, president of trade association FME-CWM, which represents 2,750 companies including Royal Philips Electronics NV.

NATO Secretary General Jaap de Hoop Scheffer is concerned about the effects of the film on the 43,000 North Atlantic Treaty Organization’s troops in Afghanistan, the Dutchman said in an interview on the Buitenhof program on March 2. About 1,600 Dutch troops are fighting there. At least 800 people protested the film and the Danish cartoons last week, news agency ANP said.

“I find it irresponsible to broadcast this film because Dutch companies, soldiers and citizens outside the Netherlands will be in danger,” Verhagen said on NOS public television Feb. 28.

(Listed if other than Religion News Blog, or if not shown above)
Jurjen van de Pol and Jeroen Molenaar, Bloomberg, Mar. 5, 2008, http://www.bloomberg.com