The children of Robert Hale finally got the chance Monday to do something they’d waited for their whole lives: talk back to their father.

In a crowded Anchorage courtroom, they got to tell him how it felt when he dragged their mother out of their cabin by her hair — and then pasted fistfuls of her hair to the wall as a warning to others. 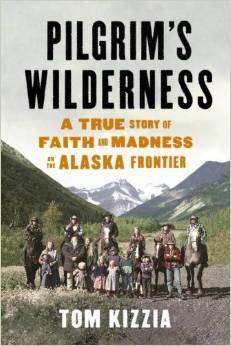 They told him how it felt when he ordered their older brothers to the whipping barrel and lashed them until they bled — their mother forced to shove a rag in the boys’ mouths if they screamed too loud.

The littlest children got to describe what it was like, after the older siblings fled, to watch their papa beat the baby of the family, pushing them away when they tried to stop him.

Until this week, no one was ever allowed to question the pious patriarch who called himself Papa Pilgrim and lived by his own interpretation of the Bible.

Monday was the start of a two-day sentencing hearing for Hale, who has pleaded no contest to rape, assault and incest for crimes against one of his daughters. Hale, who is 66 and in poor health, faces a 14-year prison sentence under his plea agreement.

Since Hale was jailed in late 2005, the family has been living with another large Christian family, the Buckinghams, in Palmer. The older children now work, the younger ones are learning to read and write. Three Hale children have married, and two babies have been born to the couples.

In court, Hale’s children told their father they have tried not to hold bitterness against him. But they begged Judge Donald Hopwood not to let him out of prison.

Only minor points are at issue in the sentencing: whether to impose an additional suspended sentence, what probation conditions to impose. But in a case that never went to trial, the “victim impact statements” opened a new window on Papa Pilgrim’s “simple wilderness family.”

For four harrowing hours, Hale’s wife and 14 of his 15 children spoke to the court of life inside what they now say was a “cult.” They said their father kept them isolated, ignorant and under his control.

“On the outside, we looked quaint and could be quite charming. But behind closed doors a battle was raging,” said Kurina Rose Hale, the mother of the clan that moved to Alaska in 1998 and settled near McCarthy four years later.

Some of the family’s story is well-known — how they came from New Mexico, settled eventually on a remote mining site in the middle of Wrangell-St. Elias National Park and got involved in a high-profile access dispute with the park. The Pilgrims, as they became known, played bluegrass music and drew national support for their poor, pious life and dimpled children.

But the 2005 indictment against Hale barely hinted at the horrors of homestead life described in court Monday.

The family told of a father whose anger boiled over regularly, especially after he went back to drinking alcohol. A trained boxer in his youth, Hale used to punish the children with his fists, they said, telling them he was being lenient because he was capable of much worse.

When the crying of the baby annoyed him, several said, Hale would hold the baby’s mouth and nose shut until the baby turned blue.

When Papa was in a rage he would keep them up all night, hitting them on the head if they nodded off and haranguing about a Scripture they could not read for themselves. Most were never taught to read.

Some girls said he rubbed up against them in bed and told them it was God’s way.

The children said they were taught that it was OK, even righteous in God’s eyes, to steal from stores and lie and shoot game animals whenever they had the chance.

They lived in fear, unable to speak up, said 19-year-old Jerusalem Hale — “just like a small mouse is trapped by the glaring eyes and swaying head of a poisonous snake.”

Meanwhile, Hale was served special meals prepared for him. His wife was beaten if she questioned him and told to call him “Lord.”

“We were all helplessly following him to hell,” said Kurina Rose Hale. “Words cannot express how women like me need others to reach out and help us in our situation.”

The children mostly read from statements they’d prepared, though the older children could read only haltingly. Hale said nothing and seldom made eye contact, sitting in a wheelchair and scribbling furiously on a gray legal pad as they talked.

The older Hale sons, now in their late 20s, cried as they described what they consider their failure to intervene, or even to understand what was going on.

“I ask forgiveness for letting these things happen,” grimaced Joshua Hale, 28. “I beat my chest and weep.”

The older boys said that as they entered their teens, they experimented sexually with some siblings, sleeping together in two big beds. They said they were ashamed now, but had been told nothing of such matters.

When Hale learned what was going on, he ordered his sons to the whipping barrel, where he drew blood with a leather riding crop and raised welts a half-inch high, the children said.

“I can’t imagine how a father could stand to see his children suffer like that,” said Hosannah, 17.

He told them he did it to punish their sins. But it was worse than that.

The whippings began at the same time that Hale was pushing one of his daughters to have sex with him. That daughter, the victim of the criminal charges, was the last to testify Monday.

She said he told her she was “a special comfort sent by God” to him, and that her cooperation could deliver her brothers and family from the severe discipline they were receiving.

The victim said she was beaten when she tried to resist, and sometimes as punishment she was made to beat her young siblings. “All this you did in the name of God and love.”

By complying, he told her, she would be blessed.

“You took for yourself the very thing I held so dear,” she said, pausing to clutch a tissue to her face. “You knew that I wanted so very badly to be pure.”

The victim was one of the few who had learned to read. She tried to look at the Bible, to see if her father’s words were true. He caught her and beat her harshly for trying to prove him wrong, she said.

After meeting the Buckinghams in late 2004, the children said they began to sense another way of living as a family. But the darkest hour was to come, when Hale returned from the Buckinghams with the victim to McCarthy and sent the boys away.

The victim said her father forced her into a shed, nailed the door shut and “started beating me with those trained fists.” He kept her prisoner and he raped her, she said. When she finally returned to the family homestead, a sister said, her face looked like a “black and blue basketball.” A brother said she was made to wear a ski mask.

The family began to stand up to Hale after that. Joshua told him he’d been deceitful. According to several children, Hale knocked him to the floor, breaking his nose, then ordered him to say he’d broken it in the fall.

Soon after, the older girls fled the homestead. It wasn’t until fall that family members finally approached state troopers. The victim said she never imagined that authorities would side with them against their father.

Hale is scheduled to give his version of events in court today.

The Hale family in Alaska

1998: The Hale family, calling themselves the Pilgrims, moves to Alaska. They eventually buy a 420-acre remote parcel inside Wrangell-St. Elias National Park, 14 miles from the settlement of McCarthy.

JUNE 2003: Pilgrims bulldoze a trail across 13 miles of the national park to their property. That fall, the National Park Service blocks Pilgrims from hauling in supplies on the road. Volunteers fly in provisions.

MAY 2004: Eight members of family appear in Portland, Ore. To raise money for medical bills and to finance their return home, they sing and tell stories at concerts. They cut a CD and are lauded as “the second coming of the Carter Family.”

SEPTEMBER 2007: Hale agrees to a plea bargain, pleading no contest in exchange for 14 year prison sentence. The Pilgrim family in Alaska

(Listed if other than Religion News Blog, or if not shown above)
Tom Kizzia, Anchorage Daily News, Nov. 27, 2007, http://www.adn.com