Nearly two years after leveling first civil and then criminal allegations against Warren S. Jeffs, a young woman has moved away from anonymity.

Elissa Wall on Friday released a photo of herself and agreed to the publication of the name she used in 2001, when she was the 14-year-old bride of her 19-year-old cousin. She wants to remind people how young she was at the time of the wedding, performed by Jeffs, and subsequent alleged rapes by her husband, said Greg Hoole, one of her attorneys. “A photo will help people keep that in mind,” Hoole said. 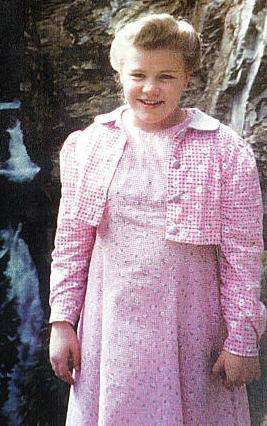 Now 21, married, and the mother of two children, she is in a witness protection program and has legally changed her name, he said.

The released photo was taken in autumn between Wall’s 14th birthday and her April wedding, Hoole said. He added he also hoped to satisfy reporters’ curiosity about Wall and pre-empt them from seeking her out.

On Monday, a jury will resume deliberations on two counts of rape as an accomplice against Jeffs. The photo released by Wall was not used as evidence in the case. Instead, jurors saw photos of her in her wedding dress and with her husband, Allen Steed.

While Wall has been testifying in Jeffs’ high-profile criminal trial, she also has been negotiating for a significant settlement in her own lawsuit against him. That lawsuit was filed in December 2005, before the criminal charges were filed against Jeffs. She sued him, his sect – the Fundamentalist Church of Jesus Christ of Latter Day Saints – and a communal property trust it once ran in its traditional home base of Hildale, Utah, and Colorado City, Ariz.

Her proposed settlement with the trust calls for her to receive eight building lots in the towns, four acres in Maxwell Canyon in Hildale, and the creation of a $1 million education/assistance fund for teens displaced from the polygamous community.

Hoole said Wall wants her lawsuit to also benefit others. “It’s to help anyone who is trapped in that community to get out,” he said.

(Listed if other than Religion News Blog, or if not shown above)
Brooke Adams and Nate Carlisle, The Salt Lake Tribune, Sep. 22, 2007, http://www.sltrib.com