A Taylorsville coffee shop is brewing up a second cup of controversy.

In March, “Just Add Coffee” was asked by the Church of Jesus Christ of Latter-day Saints to stop selling a T-shirt that showed coffee being funneled into Angel Moroni’s trumpet.

The company complied, to avoid a potential trademark infringement, but the action served as inspiration for a new design.

The latest logo still shows the hand of God pouring coffee from the sky, but this time into the tip of a trumpet, and you don’t see Angel Moroni holding it. The coffee makers have also added a catch phrase that reads, “The Lord giveth and a church taketh away.”

“We wanted to come up with something quick and that was the quickest thing we could come up with. So again, it’s all meant to be taken light-hearted, not mean-spirited,” explained co-owner of Just Add Coffee, Ed Beazer.

Just Add Coffee business partners Van Lidell and Ed Beazer created the T-shirts to set themselves apart from the competition, not to offend members of the LDS Church.

“People could be offended, but if they’re offended, don’t drink coffee I guess. Just do what you do,” said customer Austin Schaffer of Magna.

“We’ve all got to be able to laugh at ourselves, it was meant in fun, it wasn’t meant to offend anybody. Life’s too short to take things too seriously,” adds Beazer.

But the LDS Church takes trademark infringement very seriously and in March asked the owners of Just Add Coffee to stop depicting the Angel Moroni.

However, that request spurred a new design. 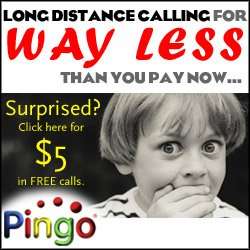 “It’s very funny, it’s going into the Mormon horn, even though LDS are probably against caffeine and stuff, but I think it’s pretty funny,” laughs customer Regan Fenn looking at the T-shirt for the first time.

Customer Justin Foreman has a different response to the tee, “I don’t get it actually. Because I’ve never been to church in my life and I don’t know anything about it.”

LDS Church spokesman Scott Trotter said church leaders have not seen the new design yet and are not commenting at this time.

Beazer chuckles, “We haven’t heard anything from them and I hope we don’t hear from them. Again, we didn’t mean to offend them.”

Beazer also said the new T-shirts are actually selling better than the old ones. Since their debut two weeks ago, they’ve sold over 150 of them.