You are here: Home | The Trouble With Islam | Page 3

The tendency of many Westerners to restrict themselves to self-criticism further obstructs reformation in Islam. Americans demonstrate against the war in Iraq, yet decline to demonstrate against the terrorists who kidnap innocent people and behead them. Similarly, after the Madrid train bombings, millions of Spanish citizens demonstrated against their separatist organization, ETA. But once the demonstrators realized that Muslims were behind the terror attacks they suspended the demonstrations. This example sent a message to radical Islamists to continue their violent methods. 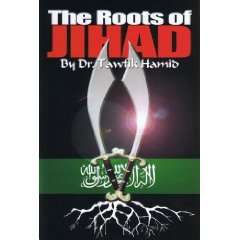 Western appeasement of their Muslim communities has exacerbated the problem. During the four-month period after the publication of the Muhammad cartoons in a Danish magazine, there were comparatively few violent demonstrations by Muslims. Within a few days of the Danish magazine’s formal apology, riots erupted throughout the world. The apology had been perceived by Islamists as weakness and concession.

Worst of all, perhaps, is the anti-Americanism among many Westerners. It is a resentment so strong, so deep-seated, so rooted in personal identity, that it has led many, consciously or unconsciously, to morally support America’s enemies.

Progressives need to realize that radical Islam is based on an antiliberal system. They need to awaken to the inhumane policies and practices of Islamists around the world. They need to realize that Islamism spells the death of liberal values. And they must not take for granted the respect for human rights and dignity that we experience in America, and indeed, the West, today.

Well-meaning interfaith dialogues with Muslims have largely been fruitless. Participants must demand–but so far haven’t–that Muslim organizations and scholars specifically and unambiguously denounce violent Salafi components in their mosques and in the media. Muslims who do not vocally oppose brutal Shariah decrees should not be considered “moderates.”

All of this makes the efforts of Muslim reformers more difficult. When Westerners make politically-correct excuses for Islamism, it actually endangers the lives of reformers and in many cases has the effect of suppressing their voices.

Tolerance does not mean toleration of atrocities under the umbrella of relativism. It is time for all of us in the free world to face the reality of Salafi Islam or the reality of radical Islam will continue to face us.

Dr. Hamid, a onetime member of Jemaah Islamiya, an Islamist terrorist group, is a medical doctor and Muslim reformer living in the West.