Few people could imagine that a quiet Sedgemoor village was once home to a sordid sexual cult led by a man dubbed the Holy Ghost, his soul brides and accompanied by a Devil Child.

But these are exactly the people that inhabited a plot of land in Spaxton known as the Agapemone, the Greek word for abode of love’.

The cult, located just four miles from Bridgwater, was a prototype for modern day sect stories, complete with accusations of brainwashing, dramatic rescue attempts by family members, moral outrage and attacks in the press.

Agapemone was a collection of houses established in 1846 by Rev Henry Prince after the Bishop of Bath exiled him to the nearby Charlynch church for his radical teachings. 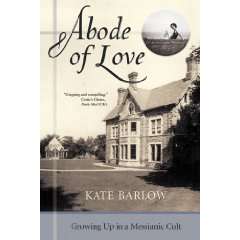 Shortly after arriving on the Quantocks, the Rev declared himself the son of God and divided his flock into Sinners – those that doubted him – and the Righteous – young, wealthy and single women.

By the summer of 1846, Rev Prince and his wealthy following bought a 200-acre plot of land in Spaxton and began the development of the Agapemone cult.

Huge, 15-feet high walls were erected to prevent people coming and going, a 20-bedroom house was built for Rev Prince and his women, and enormous bloodhounds guarded the gates.

The story then has it that in 1856 the cult’s membership had exceeded 200 and Rev Prince proclaimed it was his duty to extend love from heaven to earth and virgins had to be purified by the Holy Ghost.

Since he had already declared himself the Holy Ghost, he proceeded to take advantage of the group’s women.

But things began to take a turn for the worst for Rev Prince.

Legend has it that after deflowering 16-year-old Zo Patterson on the altar in front of his congregation, some members began to doubt his motives and left Agapemone.

They took with them a story that captured the imagination of the world’s press and Spaxton became the centre of an international scandal.

Meanwhile, Zoe Patterson gave birth to Eve suggesting that Rev Prince was not immortal after all – a baby that he condemned as the Devil Child.

Rev Prince died in 1899 aged 88 and was succeeded by Rev John Hugh Smyth-Pigott – the grandfather of Kate Barlow, author of The Abode of Love.

He immediately recruited 50 more girls and, although he already had a partner, married a spiritual wife, Ruth Anne Preece, who bore him three children called Glory, Power and Life.

Rev Smyth-Pigott died in 1927 and two years later Agapemone had dwindled to 37 members.

Ruth Anne Preece remained in charge until her death in 1956 aged 90 and Agapemone was sold in 1958 to a private developed who converted the buildings into flats.

• Learn more about the story of Agapemone in Bridgwater author Roger Evans’ book, Blame It On The Vicar (Halsgrove, 2006)