You are here: Home | Indonesia: 3 women arrested in religious police raids on salons

Religious police in Indonesia have raided a dozen beauty salons and arrested 13 beauticians for failing to wear Islamic attire and two male customers for having their hair cut by women.

Bahagia Hadi, the chief of the Sharia – Islamic law – police force, said that raids on beauty salons would be intensified in the Indonesian province of Aceh as they were often found to be used for prostitution.

Mr Hadi added that police officers had found used condoms during a raid on Wednesday in one of the salons in Banda Aceh, the capital of the province that was ravaged by a tsunami two years ago. 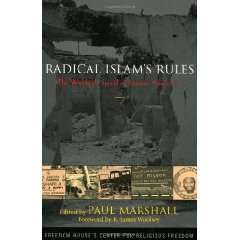 He said that the 13 female salon workers were arrested because they were wearing tight shirts and jeans, but no head scarves, while the two men should have known that Sharia law states they can receive haircuts only from male hairdressers.

All were released after being admonished by the Sharia agency, Mr Hadi said.

Indonesia has a policy of secularism and attempts by religious hard-liners to have Sharia law, including corporal punishment, adopted nationally have failed.

However, Aceh implemented a version of Sharia law in 2001 under a special autonomy package offered by the government to defuse years of sectarian conflict in Indonesia’s most northwesterly province.

Safrida Hanum, who owns one of salons visited by police, denounced the raids, saying they would drive away business.

“Without customers, how can I pay my employees? This will only worsen poverty in Aceh,” Ms Hanum said. “There is no act of perversion in my place.”

Religious officials in Aceh have recently flogged gamblers and adulterers, while the Sharia agency proposed last week that thieves should have their hands amputated.