A survey shows that new and emerging churches are popular with young Australians and that ‘nature religions’ and Scientology are growing strongly.

The survey was published in Professor Gary Bouma’s book, Australian Soul: Religion and Spirituality in the Twenty-First Century.

Professor Bouma said Australia’s youth was flocking to new and emerging ‘mega-churches’, such as those of Christian Pentacostals, engaging in energetic forms of worship that he calls ‘spiritual aerobics’. 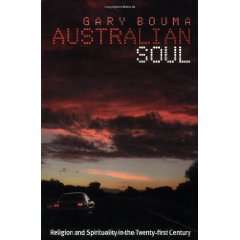 This was despite the fact that Australians were not as religious as Americans and could be sceptical of US-style evangelism.

Professor Bouma said it was considered un-Australian to “trumpet encounters with the spiritual like some American televangelist”.

But he said that religion overall was growing and that 74.7 per cent of Australians now identified themselves with a religious group.

Patterns of belief were also increasingly diverse: the number of people who aligned themselves with ‘Other Religions’ was up 33 per cent on the count in the Australian census in 2001.

Nature religions, including Wicca and witchcraft had grown by 130 per cent and Scientology had 37 per cent more followers.

“The challenge for religious leaders is to make faith relevant and contemporary.”

Professor Bouma is a Monash University academic and chair of interreligious and intercultural relations for the United Nations Educational, Scientific and Cultural Organisation (UNESCO).