You are here: Home | Mormon church | RNB Clippings: Can a Mormon be President?

“RNB Clippings” is a collection of clippings, snippets, links, commentary and other items that, in one way or another, relate to the topics normally covered in Religion News Blog.

The Dec. 4, 2006 issue of TIME magazine includes an article titled, “Can a Mormon be President?” Our answer is, “Yes, of course. A Mormon can be a police officer, sell computers, work at a supermarket, be a nuclear scientist, or a [fill in the blank].”

But should a Mormon be President?

The question comes up because Massachusetts Governer Mitt Romney, a Mormon, may run for President of the United States of America.

Could he do a good job as President? Perhaps. (It would be a nice change of pace, wouldn’t it?)

Would it help to further the cause of Mormonism? Probably not.

Recent polls show that many Americans are predisposed against having a Mormon as President:

Some 43 percent of Americans wouldn’t even consider voting for a Mormon for president, according to a new poll that shows an increase from previous surveys in the number of voters unwilling to support an LDS candidate for the White House.
– Source: Many voters say they would never vote for Mormon president, The Salt Lake Tribune, USA, Nov. 20, 2006

The polls do not provide the reasons why voters would reject a Mormon candidate.

However, it is likely that many of the people polled are Evangelical Christians who may or may not be well-informed about what sets Mormonism apart from Biblical Christianity. The TIME article explains:

A mormon church official and a public relations executive shuttled recently from the Fox News Washington bureau to the Washington Post to the online political digest the Hotline. The two were engaging in a little pre-emptive rearguard action, gearing up for the impending Republican presidential campaign of Massachusetts Governor (Willard) Mitt Romney, 59, whose family has long been part of the church’s Ã©lite.

Like other minorities–ethnic or religious–Mormons are proud of those among them who make it big. When Steve Young, a descendant of church leader Brigham Young and a quarterback for the San Francisco 49ers, was taking snaps on Monday Night Football in the 1990s, his fellow Mormons took to calling Family Home Evening, their weekly togetherness meeting, Family Home Halftime instead.

But church officials are wary of the impact Romney’s candidacy could have on them–and on the portrayal of their faith. Yes, his campaign will bring attention and credibility to the Church of Jesus Christ of Latter-day Saints (LDS), as the Mormons are formally known, and give them a chance to demystify their theology and customs. But church officials also calculate that Romney’s bid to succeed George W. Bush could remind some mainstream Christians just how different Mormonism is from their faith and perhaps expose their flock to more of the sort of discrimination that drove their founders west by handcart and covered wagon into the Great Salt Lake Valley. 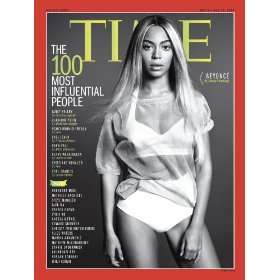 Although Mormons are known for family centeredness, hard work and clean living, many Americans remain suspicious of them, maybe because so many aspects of their faith remain mysterious. A poll conducted in June by the Los Angeles Times and Bloomberg found that 35% of registered voters said they would not consider voting for a Mormon for President. Only Islam would be a more damaging faith for a candidate, the poll found. That’s why Michael Otterson, a Mormon convert who is now the church’s director of media relations, was calling on political reporters when he visited Washington from Utah in October. He wants them to know that in its 176-year history, the church has never endorsed a presidential candidate and that much of the folklore surrounding its beliefs just isn’t true. “The message in a nutshell is, Remember that we’re politically neutral as an institution,” he says. “The church is about preaching the gospel of Jesus Christ. Anything else is a distraction.” Otterson says he has a “no dumb questions” policy and urges journalists to call his cell phone, day or night.
[…]

Even if the church succeeds in its public relations offensive, Romney still has some explaining of his own to do, particularly to the Republican evangelical base, which now makes up nearly a third of the party’s electorate and can wield huge power in primary states, most notably South Carolina. That’s because some Evangelicals hold the view that Mormonism is not a Christian faith. Because Mormons acknowledge works of Scripture that are not in the Bible, believe that their prophets have received revelations directly from God and teach that God has a physical body, Evangelicals consider them heretics. The Southern Baptist Convention lists the LDS church under Cults and Sects, along with Scientology.
[…]
– Source: Mike Allen, Can a Mormon be President? “Why Mitt Romney will have to explain a faith that remains mysterious to many”, TIME, Dec. 4, 2006, posted Nov. 26, 2006. Links added by RNB.

Well-informed Christians know that Mormonism is, theologically, a cult of Christianity. That is, while the Mormon Church identifies itself as being ‘Christian,’ its teachings and practices deviate from historic, Biblical Christianity to such an extend that Mormonism can not be considered to be Christian in nature. You can put a Rolls Royce emblem on a Volkswagen, but that doesn’t mean the Volkswagen is a Rolls Royce. Likewise, you can use the name of ‘Jesus Christ’ but that doesn’t make you Christian – certainly not when you change the Jesus of the Bible into someone else by adding, substracting and otherwise changing essential doctrines.

Non-Christians and Christians alike will be bothered by the fact that Mormon theology, as described in the books Mormons consider to be Scripture, is a curious mixtures of plagiarism and fantasy – contradicted most recently by DNA research. [See also: Problems facing the Book of Mormon].

In recent years Mormonism has also been in the news in relation to its former practice of polygamy. The LDS Church goes to great lengths trying to convince the media that it has nothing to do with Mormon Fundamentalists who continue to engage in plural marriage. After all, the Mormon Church disavowed polygamy, in a fashion, when it was forced to do so.

Yet until then, polygamy was a central tenet of Mormon doctrine:

The LDS Church happens to be exceedingly prickly about its short, uncommonly rich history – and no aspect of that history makes the church more defensive than “plural marriage.”

The LDS leadership has worked hard to persuade both the modern church membership and the American public that polygamy was a quaint, long-abandoned idiosyncrasy practiced by a mere handful of nineteenth-century Mormons.

The religious literature handed out by the earnest young missionaries in Temple Square makes no mention of the fact that Joseph Smith – still the religion’s focal personage – married at least thirty-three women, and probably as many as forty-eight. Nor does it mention that the youngest of these wives was just fourteen years old when Joseph explained to her that God had commanded that she marry him or face eternal damnation.

Polygamy was, in fact, one of the most sacred credos of Joseph’s church – a tenet important enough to be canonized for the ages as Section 132 of The Doctrine and Convenants, on of Mormonism’s primary scriptural texts.

The revered prophet described plural marriage as part of “the most holy and important doctrine ever revealed to man on earth” and taught that a man needed at least three wives to attain the “fullness of exaltation” in the afterlife. He warned that God had explicitly commanded that “all those who have this law revealed unto them must obey the same … and if ye abide not that covenenant, then are ye damned; for no one can reject this covenant and be permitted to enter into my glory.”
– Source: John Krakauer, Under The Banner of Heaven, Doubleday (July 15, 2003), pages 5, 6.

Unlike the doctrines of Christianity, Mormon doctrines can be changed at will. The Mormon Church claims it continues to receive new revelations from God. According to the Mormons, those new revelations may contradict God’s former statements. Mormon Fundamentalist – such as members of the Fundamentalist Church of Jesus Christ of Latter Day Saints – disagree, at least on the subject of polygamy.

That said, even in the mainstream Mormon Church polygamy is not a dead issue:

It would be incorrect to think polygamy is a dead issue within the LDS Church. While McConkie denounced the practice of polygamy in this life, he did say, “Obviously the holy practice will commence again after the Second Coming of the Son of Man and the ushering in of the millenium.” (Mormon Doctrine, p. 578). The most common answer as to why it is no longer a practice in the LDS Church is that it violates the law. Such an argument compels us to ask, “Does God really care what American law says?” A Mormon may argue that present circumstances reflect God’s will regarding this subject, but a Mormon who chooses such a defense will find no support for this from leaders prior to 1890. Almost without exception, pressure from the United States to eliminate polygamy was looked upon as a direct refusal of recognizing God’s will. Also, what about other countries where polygamy is legal? Is the LDS Church going to be so arrogant as to inflict American precedent upon its members in countries where polygamy is not outlawed?
– Source: Bill McKeever, The Polygamy Dilemma

Does all this mean that a Mormon can not be a President? No – unless you wonder whether someone who holds a mixture of plagiarism and fantasy to be revealed truth can be trusted to make wise, informed decisions. Would you vote for a Scientologist or a member of another space alien cult, like the Raelians? Not likely.

Again, would a Mormon President further legitimize the Mormon faith? Probably not.

On the other hand, look at how George Bush has damaged the cause of Christianity by his un-Christian behavior, including illegitimate warfare, lying, promoting torture, false imprisonment, and so on. Romney might well provide a telling contrast that would attract positive attention to Mormonism.

In the end, religion is not a test for political office in the USA. They say.