You are here: Home | Who would Jesus torture?

The Rev. Neal Jones thinks he knows the answer to the question posted on the bumpers of some passing cars: No one.

He and his parishioners at Columbia’s Unitarian Universalist Fellowship say they are alarmed about the detention, treatment and trial of terrorist suspects and worry that the continuing debate will lower America’s stature in the world.

“To me, it’s our Christian duty to criticize our government when it is going astray,” Jones said. “That is our prophetic duty.”

As Congress and the Bush Administration parsed the definition of torture and the habeas corpus right of appeal so far denied enemy combatants, some Christians found themselves sorting through thorny political and theological concerns that haven’t been raised in recent memory.

Like most catchy slogans, the bumper sticker sentiment – a takeoff on the popular WWJD (“What Would Jesus Do?”) phenomenon – oversimplifies a complex issue.

Buy the sticker and read the designer’s comments

But the continuing trickle of news about secret CIA prisons, the descriptions of interrogation techniques that Americans traditionally have abhorred, and the recent Senate compromise over interpreting the Geneva Conventions and the treatment of prisoners under international law has raised the profile of the issue.

“I worry that when we begin using the tactics of the terrorists, that means the terrorists have won,” said Peter Kandis, president-elect of the board of trustees of the Unitarian church, on Heyward Street in Columbia, S.C.

“The other question that I ask: `Is this something that Jesus would have done,’ and the answer is an emphatic `no.'”

At the Lutheran Theological Southern Seminary, conversations have turned on the language of the New Testament, particularly the Sermon on the Mount that Jesus delivered in the Gospel of Matthew.

In that sermon to his disciples and a crowd on a hill near Galilee, Jesus exhorted those gathered to love their enemies.

“You have heard that it was said, `An eye for an eye and a tooth for a tooth.’ But I tell you not to resist an evil person. But whoever slaps you on your right cheek, turn the other to him also.”

“I believe it is not how we interpret these specific texts, but it is a bigger issue in Christian tradition: Whom do we trust?” said Barfield, director of the seminary’s Baptist Studies Program and a professor of Greek and New Testament.

“The hard part for Christians is: Do I trust my government and its military power to make my life secure and safe – if that includes torturing my enemies to get the information I need … or do I, as a Christian, really trust God to take care of me and those I love?” Barfield asked.

“If I trust God, can I stand up and say no to what I believe is wrong, even when my government says it is right?”

With certain hard-core enemy combatants, the Bush administration has approved use of techniques such as “water-boarding,” which simulates drowning, sleep deprivation and exposure to extreme heat or cold. The administration has argued such interrogation methods are necessary to extract crucial information in the war against Islamic extremists.

Who Would Jesus Torture?
Torture by any other name is just as vile
George Bush claims to be a Christian. That is his right. But it is our right to point out that a Christian is a disciple of Jesus Christ – and that a true disciple of Jesus Christ does not behave like George Bush does.
The publishers of Apologetics Index, which includes Religion News Blog, have long been outspoken critics of US human rights violations, with a current focus on George Bush. Due to his behavior – which includes lying, the support and promotion of torture, and illegal warfare – we do not accept his claim of being a Christian. We are appaled that so many of America’s Christians vote for someone merely because he or she claims to be a Christian. Christians ought to speak out against people like George Bush who live like enemies of the cross.
The horrors really are your America, Mr Bush
Research resources on US Human Rights Violations

Under an agreement reached with the Senate last month – an agreement brokered in part by U.S. Sen. Lindsey Graham, R-S.C. – the U.S. military will remain in compliance with the Geneva Conventions, the established international laws of warfare. The administration retained the authority for the CIA to use questionable interrogation techniques through executive order.

The Rev. Aris Metrakos, pastor of Holy Trinity Greek Orthodox Church on Sumter Street in Columbia, said he understands those tactics can be terrifying. “But that is how we extract information from bad people who are trying to destroy the world.”

The former Navy aviator said he believes Christians, who by faith are taught to treat all people with love and dignity, must balance their faith with the reality that America is in a battle with nihilists “who want to destroy civilization.”

“The Orthodox Church view is that the world is a paradoxical place,” Metrakos said. If people don’t believe that, “then they need to go back and listen to the 9/11 (emergency and rescue) tapes.”

In some congregations, the issue of faith and torture hasn’t come up at all.

Carlisle Driggers, executive director of the South Carolina Baptist Convention, said he hasn’t heard a word of the debate from Baptist pews.

But for other pastors, the issue has resonated even amid the latest congressional clamor over former Rep. Mark Foley, R-Fla., and his salacious e-mails to congressional pages.

“I don’t know how you can justify torture from a Christian perspective,” said the Rev. Agnes Norfleet, pastor of Shandon Presbyterian Church on Woodrow Street. 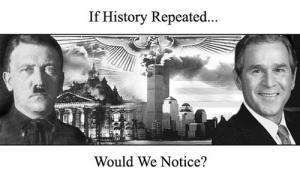 Practically speaking, she also worries, as do some military experts, that information extracted through torture too often is problematic because prisoners will say anything to make the pain cease.

Jan Love, chief executive of the women’s division of the United Methodist Church’s General Board of Global Ministries, said her organization has adopted a position paper opposing extreme interrogation techniques that violate the spirit of the Geneva Conventions.

“There’s a lot of distress among leaders that we would even entertain the idea of torture,” said Love, a Columbia resident who will become dean of Emory University’s Candler School of Theology in January.

“I think Christians bring to the conversation a comprehension of the issue,” she said.

“When we meditate on how Jesus died, it was a death by extreme torture.”