Somerville, MA. (PRWEB) April 22, 2006 — Thirty years ago, Steve Hassan nodded off at the wheel of a fundraising van and crashed into the back of an eighteen-wheeler. At the time Hassan – firmly embedded in the Moonies cult – had been favored by top Unification Church leades for his disciple and zeal. The accident created the opportunity for his parents to intervene and hire ex-members to counsel him, helping him to begin thinking for himself again after two and a half years as a totally devoted Moonie leader bent on saving the world from Armageddon.

Three weeks after the accident Hassan left the religious cult. Having regained his freedom of mind, Steven Hassan soon started on a mission to help empower other people recover their pre-cult identity. This year Hassan celebrates 30 years of empowering people to think for themselves. 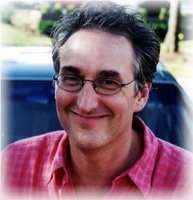 In the past, cult indoctrination tactics were countered with ‘deprogramming‘ – an invasive, borderline abusive and sometimes violent type of intervention. Dismayed with this tactic and its often poor results, Steve Hassan developed the Strategic Interaction Approach (SAI), which helps friends and family members to become key people in a cult victim’s support network.

Hassan describes this approach in his critically acclaimed book, “Releasing the Bonds: Empowering People to Think for Themselves” (FOM Press, Somerville, MA. , 2000. ISBN 0-9670688-0-0). He reveals the astonishingly effective behavior, information, thought and emotion control techniques (BITE) at the root of all cult powers.