In late 2004, an ultra-Orthodox rabbi asked Abrasha Burstyn, the chief executive of a small Israeli cellphone company, for a phone that could put the secular world on hold.

Cellphone companies, at the time, had started to load their products with entertainment features, and the rabbi wanted none of it. He was in search of a phone without Internet capabilities or text messaging. He didn’t want cameras, music downloading, or anything else that could “distract” the pious. He was looking for a device that could make and receive calls. Period.

Mr. Burstyn, 58 years old, soon found that many other Jews were hunting for similar, simpler cellphones. “They are listening to the rabbis,” Mr. Burstyn says. Last March his company, MIRS Communications Ltd., rolled out its first batch of “kosher” phones stripped down of all features but basic voice service. The company’s phones, which are available only in Israel, have attracted 20,000 subscribers.

It is just one sign that the global cellphone market has found God. At a time when consumers are being inundated with offers to receive wireless sports updates, interactive games and more, Mr. Burstyn and other entrepreneurs are catering to customers looking for cellphones and related services that satisfy spiritual, rather than entertainment needs.

Companies are selling devices and services such as Christian ringtones and phones with timers that remind Muslims of prayer time. A Pittsburgh company named Jireh Business Development has even introduced a service called JirehMobile that sells what it calls “holy hip-hop” ring tones.

That cellphones — despite their tiny screens — should be a window into the soul should come as no surprise, experts say. Along with all their practical functions, experts say cellphones and the services that go with them are increasingly being used by consumers to assert their identities. Users customize their units with ring tones, covers and wallpaper to reflect their individual tastes.

“Choosing a religious phone is one way a person who gives high salience to his or her religious identity can assert that importance in a public way,” says William Swatos, the executive director of the Religious Research Association in Galva, Ill.

Businesses selling religious oriented cellphones often get free marketing assistance from religious leaders and communities. The rabbinical authorities of the one million-strong ultra-orthodox Haredi community in Israel called for pious people, especially the young generation, to ditch their cellphones and sign up with Mr. Burstyn’s company.
[chart]

Other religious leaders formed special door-to-door sales forces within the community to market the product. And rabbis banned religious newspapers from running advertisements for cellphone companies that refused to answer the committee’s call to provide “kosher” phones. Three major cellphone companies in Israel have now introduced stripped-down devices, and a fourth plans to join them.

Technically, phones can’t be kosher or nonkosher. But just as rabbis stamp kosher food with special markings, so-called “kosher” phones carry symbols that they have been “Approved by the Rabbinical Committee for Communications.” On the recommendation of the committee, and to encourage calling within the community, phone companies charge higher calling rates when “kosher” phone users call phones outside the network. In MIRS’s case, a “kosher-to-kosher” phone call costs 10 cents a minute whereas calls made to other phones cost five to six cents more.

Other wireless businesses cater to the religious community by adding, not taking away, cellphone features. Good News Holdings LLC, in partnership with Barna Group Ltd., a Ventura, Calif.-based provider of Christian data, recently launched FaithMobile, a cellphone service that offers scriptures, Christian ring tones, and one-minute-long inspirational videos to subscribers who sign up on its Web site. The service’s advertising slogan: “Have you talked to God today?” It is available in the U.S. on T-Mobile, Alltel and Cingular, selling for an additional $5.99 a month.

Good News also is planning to launch a branded phone this summer in conjunction with six ministries across the country, which will provide subscribers sermons, news, movie reviews and other content. Good News originally thought of calling it the “godphone,” but thought better of it and named it the FaithMobile phone instead.

Other projects planned by Good News include a service called e-prayer.com, which will allow users to ask others to send prayers either via the Web or, if they subscribe to FaithMobile, their cellphones. David Kirkpatrick, a former president of Paramount Pictures and one of Good News’s founders, says the company’s products make religion more convenient for people who occasionally don’t have time for church. “In our busy lives, having access to spiritual resources on the go will help us all keep connected to God,” he says.

And a new Christian text-messaging service called UCB Mobile was launched in the United Kingdom by United Christian Broadcasters Ltd. last year to enable people to stay connected to their faith by text messaging prayer requests to a UCB team, who will then pray for the sender.

For Muslims, businesses have come up with cellphones that help them in their daily prayer rituals. Dubai-based Ilkone Mobile Telecommunication in 2005 launched a phone in the Middle East with an internal compass that tells users the direction of Mecca, where Muslims face when they pray. Ilkone, which comes from the Arabic word for “universe,” also equips its phones with a Hijri, the Gregorian calendar, and alerts users to prayer times with an alarm that features an actual muezzin’s voice. It also has a complete version of the Quran, with an English translation. The phone, already on sale in Europe, recently became available in the U.S., where it can be purchased by contacting Indianapolis-based reseller Tradelink, Inc. (www.tradelink.us).

In England, Muslims have been using MyAdhan.com as a digital muezzin. The service provides them with calls to prayer five times a day in the form of a text message sent from cellular towers instead of vocal announcements from minarets. 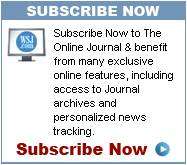 Courting the religious market can be controversial. Mumbai, India-based telecom service provider Reliance Communications Ventures Ltd, which offers ring tones targeted at Sikhs and Hindus as well as other religious groups in India, has started selling what it calls “Islamic ringtones”. Some Muslim clerics, however, arguing that music goes against the tenets of Islam, have called the ring tones blasphemous and asked the company to withdraw them.

But many other users of cellphones with religious features say they like the blend of traditional values with modern technology. Baruch Issacson, a 30-year-old resident of Jerusalem, replaced his cellphone with a “kosher” handset almost a year ago. Before switching he ignored the numerous entertainment uses of his feature-rich phone.

Others look at religious phone service as a solid business. Mr. Burstyn of MIRS, which provides the Israeli government with much of its phone service, says he is expecting that more people will buy “kosher” phones in the coming years not only in Israel, but anywhere there is a Jewish community. “It’s only a question of time, and you’ll see it in Brooklyn,” he says.